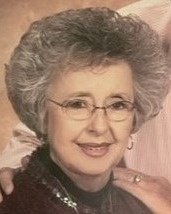 Joyce Marie Cogswell, 81, of Shreveport, Louisiana went to be with the Lord on Tuesday, August 16, 2022 at her home surrounded by family.

A celebration of life service will be held at 1:00 p.m. on August, 18, 2022 at Shreveport Community Church located at 5720 Buncombe Road, Shreveport, Louisiana 71129. Reverends Denny Duron, Dennis Aaron, and Brian Opbroek will be presiding over the service. Burial services will follow at Cool Springs Cemetery in Logansport, Louisiana. Friends and family may visit from 12:00 p.m. until 1:00 p.m. on Thursday, August 18, 2022 at Shreveport Community Church.

Joyce was born on April 24, 1941 in Houston, Texas to Richard Lee and Floy Pauline Neal. She came from humble beginnings and was always a caretaker for both her parents and many siblings. If they had a need, she made sure it was met.

Joyce fell for a wild stallion and married Harold E. Cogswell on February 12, 1962. She worked alongside and served as a support and homemaker for her husband, including making sure that he never had one single hair out of place. Legally, they raised two children but most would say that she served the role of mother to countless others.

She is survived by daughter, Carla Saddler; daughter-in-law, Teresa Cogswell Fourcade; grandchildren, William Saddler and his wife, Kristin, Amanda Jordan and husband, Daniel, Josh Cogswell and his wife, Brittney, as well as Blake Cogswell and wife, Canaan; great-grandchildren, Jaxon, Harper, Lillian, Remington, and Westlyn; three sisters, Kathy Thomas, Sarah English, and Patricia Boyd as well as one brother, Charles Richard Neal and wife, Shannon. In addition, she is survived by many nieces, nephews and extended family.

Nana, as she was called by her family, was truly one of a kind. She cared for others more than herself and was always the first to offer help or serve in any way she was able. This is not only a trait she had, but also one that she has passed through the generations that follow her.

Nana loved the Lord and was never afraid to share her testimony with everyone she met. Thankfully, she also shared her love of cooking with those around her and the taste of her fried cornbread, chicken n’ dumplings, and chocolate pie will never be forgotten.

A novel could be written about all of nana’s wonderful traits and the impact she has had on so many people. She will be greatly missed and deserves much gratitude for the mark she has left in all of our hearts.

To order memorial trees or send flowers to the family in memory of Joyce Marie Cogswell, please visit our flower store.