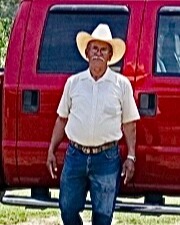 A memorial service celebrating the life of Jose' Onelas Esqueda, 66, will be held on January 2, 2023, at 2:00 p.m. at First Community Church of Mansfield, in Mansfield, LA.

Jose' was born on July 20, 1946 in Jalisco, Mexico to Amalia Onelas and Vicente Esqueda. After a long and brave battle with cancer, followed by a tragic accident, Jose' left this earth on Saturday, December 24, 2022 at the age of 66 to be with his Lord and Savior, Jesus Christ, while surrounded by family and friends.

While Jose' wore many important titles during his life.......son, husband, father, grandfather and brother, perhaps he never realized "friend' was among his greatest titles as he always brought joy to the hearts of those around him with his kindness and smiles. Someone once said, "The measure of a man is in the lives he has touched." He touched numerous lives.

Jose' enjoyed most anything he could do outside. He had a passion for gardening, especially flowers. Before his illness, Jose' could be found tinkering with anything he could get his hands on, whether his or someone else's. His philosophy was that it didn't have to be fixed "right" for it to work...at least for a little while. He definitely left a mark on anything he worked on.

Jose' will be missed but his life will continue to be celebrated as we take comfort in the fact that we will be reunited with him one day.

To order memorial trees or send flowers to the family in memory of Jose Esqueda, please visit our flower store.