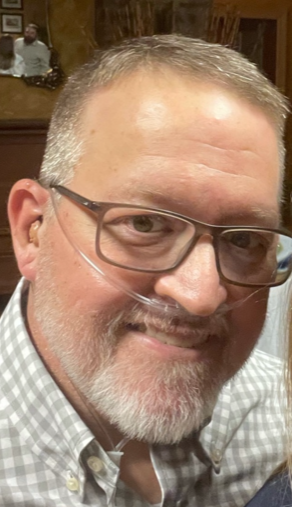 Jonathan Wayne Simmons, age 53, died in Haughton, Louisiana Wednesday, July 6, 2022022,2 after a lengthy illness with cancer.  Jon was born in Minden, La on March 26, 1969.  Jon was a graduate of Minden High School and shortly after high school, enlisted in the U. S. Air Force.  He spent 9 years in the Air Force and finally came home to to reside in Webster parish.  Jon pursued a multitude of different jobs until deciding to re-enlist in the Army Reserve. His time in the reserves allowed him the opportunity to go back to school to pursue a degree in nursing at La Tech University.  While attending La Tech University, Jon managed and operated Gordon's Wrecker Service, a towing and recovery service in Minden.  Upon graduating from La Tech, Jon went to work at Minden Medical Center as a registered nurse.  His career began as an ICU nurse but ended in the ER where he found his true passion of serving the community of Minden.  His time working in the ER at Minden Medical became one of the jobs he treasured most.  He considered the staff there more family than coworkers.

Jon had many hobbies and pastimes throughout his life, but his favorite was spending time with friends and family.  He will always be remembered for his fun times with friends and coworkers during their fantasy football season.

Jon was preceded in death by his father, Ervin Simmons of Greenwood, La., mother, Ruby Harber Tebbetts of Dubberly, La., and sister Darla Denise Simmons of Bossier City, La.   He is survived by wife, Jacquelyn Camp Simmons of Haughton, La., son Andrew Simmons and wife, Denee Simmons of Heflin, La., daughter Erin Simmons McBee and husband, Jason McBee of Sibley, La., stepson Colby Sherrard and wife, Anna Grace Sherrard of Dubach, La., and stepson Andrew Sherrard and wife, Natalie Sherrard of Benton, La., and his stepfather, John Tebbetts of Dubberly, La. His stepsisters Alexis Tebbetts and Jan Tebbetts and stepbrother John Tebbetts. His grandchildren, Bryson and Braylee Simmons of Heflin, La. were the light of his life. Jon is survived by many close family members and friends. His family takes great comfort in knowing that Jon had a close personal relationship with Jesus Christ.

The family would like to extend a special thanks to Passages Hospice, Minden Medical Center ER, and Christus Highland Cancer Treatment Center for the love and care that they have shown during this time.

To order memorial trees or send flowers to the family in memory of Jonathan Simmons, please visit our flower store.
Send a Sympathy Card