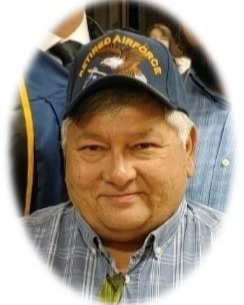 John Allen Martinez, Sr. was born on Sunday, February 5, 1956, in Converse, Louisiana. He entered into eternal rest on Friday, September 16, 2022, at his residence in Zwolle, Louisiana.

A memorial service honoring the life of John will be held at 10:00 a.m. on Tuesday, September 27, 2022, located at St. Joseph’s Catholic Church in Mansfield, Louisiana. Officiating the service will be Fr. Mark Franklin.

John served in the United States Air Force for 20 years before retiring. While in the Air Force he got to see several different countries around the world. After retiring he came back to his hometown of Zwolle, Louisiana as a proud veteran. John was a very talented musician. He played the organ for St. Joseph Catholic Church in Zwolle, Louisiana for several years. Most recently you could hear him play at St. Joseph’s Catholic Church in Mansfield, Louisiana, or St. Ann’s Catholic Church in Stonewall, Louisiana. He was a very faithful servant. He touched so many lives over the years through his service in the church in one way or another. John had a huge amount of love for his grandchildren and loved spending time with them.

To order memorial trees or send flowers to the family in memory of John Allen Martinez, Sr., please visit our flower store.