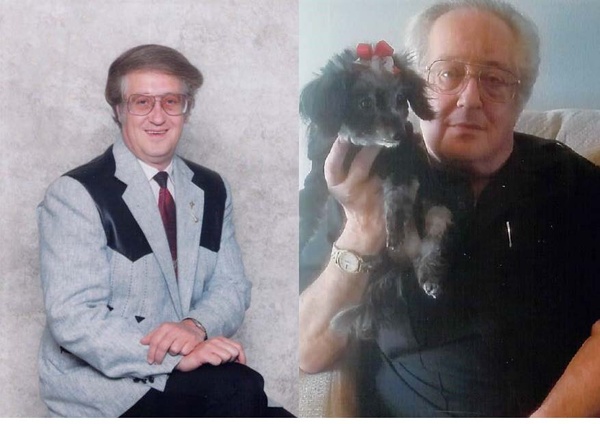 A funeral service for John Troupe Dark, 65, will be held at 9:30 a.m. Thursday, May 26, 2022, at Rose-Neath Funeral Home, 2201 Airline Drive, Bossier City, Louisiana. A visitation will be held from 5:00 p.m. until 7:00 p.m. Wednesday, May 25, 2022, at Rose-Neath Funeral Home. Burial will be held at Rose-Neath Cemetery, 5185 Swan Lake Spur, Bossier City, Louisiana. Officiating the service will be Pastor Randy Harper, assisted by Deacon Bill Mackey from Bellaire Baptist Church. John was born August 17, 1956, in Big Spring, Texas to John Myvart Dark and Vada Blair Dark and passed away on May 19, 2022, in Bossier City, Louisiana. John attended Parkway High School and graduated in 1974. He received an Associate Degree in Criminal Justice at Bossier Parish Community College. He married Betty, who he called 'Love, and at times would often refer to her as his 'spousal unit, in his phone on June 8, 1991. He worked at Con-Way Freight for many years as a Customer Service Representative. Afterward, he retired from Pro Superior Inc. as a Flowback Technician. John served as an Auxiliary/Reserve Police Officer for the Cities of Shreveport/Bossier for ten years. John was a member of the Masonic Fraternity in multiple bodies and capacities for over 40 years. He served as Worshipful Master in 1987 in the Joppa Lodge # 362. He also served as a member of York Rite Bodies of Shreveport, Degree Team, and Red Cross Constantine. One of his favorite hobbies was putting together car and plane models. John enjoyed playing the guitar by 'ear, and he considered his talent a gift from God. He served as a member of the Bellaire Baptist Church band, using his skills with the guitar. John became a deacon at Bellaire Baptist Church in 2013 and was a Sunday school teacher for several years. John served for 13 years as USV-JSC 6th Regional Commander, United States Volunteers “ Joint Service Command, with the rank of E-6 Technical Quarter Master. While serving in this capacity, he was honored with several recognitions and awards. For a brief time, he was a member of a small band called The Fabulous Crawfish. John loved fixing and repairing things for everybody. He was committed to his family and friends who he loved dearly. John is preceded in death by his parents; stepson, Todd Sistrunk; great-grandchildren, Jensen Arinder, Josephine Arinder; father-in-law, Robert McCain, and his puppy Dapples De'Lee. He is survived by his wife, Betty Sistrunk Dark; best mother-in-law, Margie McCain, stepson, Clint Sistrunk and wife, Christy; step-grandchildren, Stetson Sistrunk and wife, Shelby, Holly Arinder and husband, Coleman, Dylan Cummings; step-great-grandchild, Lakelyn Sistrunk, his puppy, Misty Lynn; along with several nieces and nephews. Honoring John as pallbearers will be Coleman Arinder, Dylan Cummings, Joshua Fabre, Clint Sistrunk, Stetson Sistrunk, Cody Thomas, Robby Thomas. Serving as honorary pallbearers will be Tom Hopkins, Bill Mackey, Jesse Thompson, and Cornerstone Sunday School Class. In lieu of flowers the family suggests that memorials may be made to Shriners Children Hospital, 3100 Samford Ave, Shreveport, Louisiana 71103, or Bellaire Baptist Church Building Fund, 1210 Bellaire Blvd., Bossier City, Louisiana 71112.
To order memorial trees or send flowers to the family in memory of John Troupe Dark, please visit our flower store.
Send a Sympathy Card