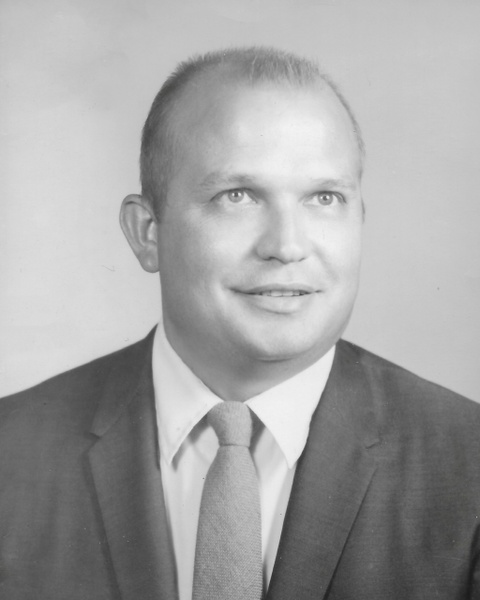 Though Jim's childhood was leaner than most, his beautiful smile made up for it. His stories about how he had to walk six to seven miles of trap lines each morning before school, with his grandfather, the late Webb Campbell, Sr., was a reminder to each of his children just how fortunate they were while growing up. Obviously, his daily routine kept him in shape. Upon graduating from Benton High School in 1955, Jim accepted a track and field scholarship from Northwestern State University.

After college, Jim went to work for Western Geophysical in Portuguese Guinea, at that time a West African Colony of Portugal. With the seismic exploration of the county's petroleum resource potentials broadening for Western Geophysical and the native population seeking their independence from Portugal, times were very exciting. Though the hunting and fishing before and after work was outstanding, the unstable political climate was getting much too hot for this young man from Rocky Mount. Jim returned to the states and spent two more years with Western before joining UOP. After a brief stint with UOP, Jim left and purchased a small insurance firm in Blanchard, Louisiana called Blanchard Insurance Agency.

With his growing insurance firm, Jim soon found investment opportunities in banking, real estate, oil and gas. He co-founded and served on the boards of People's Bank and Trust in Blanchard, Liberty Bank and Trust in Greenwood, and Security National Bank of Shreveport, Louisiana. His final stop as a banker was on the board of Pioneer Bank and Trust. He developed Indian Hills and Town North Subdivisions in North Shreveport and built several hundred houses there and around the Shreveport-Bossier area. He developed several shopping centers, industrial parks, and even owned a couple of motorcycle dealerships. Fortunately, Jim did not ride motorcycles.

Jim was not all work. He was a member of the Shreveport Elks Club, North Shreveport Lions Club, and Kiwanis Club of Blanchard. His sons dressed thousands of pounds of "just the right size" catfish for his Kiwanis and Lions Club fish dinners. When a group of young baseball players in Mooringsport, Louisiana were one day away from their very first SPAR league game, Jim surprised them with the baseball uniforms the Elks Club agreed to supply as their sponsor. This group of young boys went on to win several SPAR league championships in Shreveport. Between 1979 - 1982, Jim tried his hand at coaching a team his son, Jeff, played on. This team won three SPAR league and one Dixie League Championship.

There is no doubt, Jim was most happy when spending his time hunting and fishing with his family and friends. Regardless, when he went out on a fishing or hunting trip, very rarely did he come back empty handed. He purchased property in South Texas and East Texas to provide wonderful hunting and fishing experiences for them and believe me, it was!!

Later in life, Jim "retired" to the Space Coast of Florida. He continued to dabble in investment opportunities, especially real estate for a couple more decades. The beautiful weather, water, salt air and beaches were good for the soul, and he finally had time to relax and enjoy it!

Jim's children are especially grateful to their mother, Donna Marie Hoeft Kelly, for her willingness to provide her steady strength, comfort, support, and love while diligently working to provide heartfelt care for Jim. This same gratitude is extended to Jodie Bush for her professional and compassionate care for Jim, especially when he needed it the most.

Honoring Jim as pallbearers will be his sons, son-in-law, and grandsons mentioned above who survived him.

To order memorial trees or send flowers to the family in memory of Jimmy Ray "Jim" Kelly, Sr., please visit our flower store.