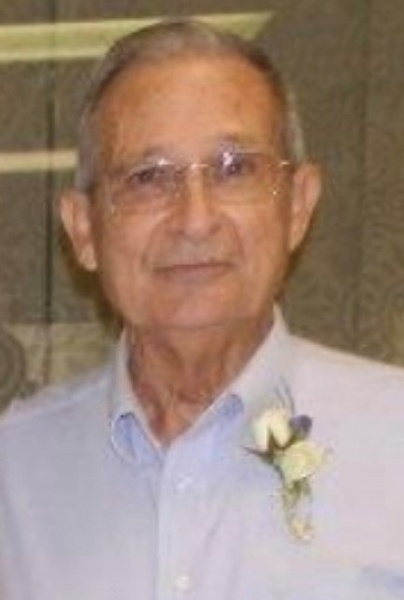 Funeral services celebrating the life of Jerry Roberts will be held Thursday, May 19, 2022, at 10:00 a.m. at Rose-Neath Funeral Home Chapel in Minden, Louisiana with Bro. Jerry Brannen and Bro. Dee Anders officiating. Interment will follow at Gardens of Memory in Minden, Louisiana. The family will receive friends from 5:00 until 7:00 p.m. Wednesday, May 18, 2022, at Rose-Neath Funeral Home in Minden. Jerry was born February 14, 1941, in Athens, Louisiana and entered rest May 16, 2022, in Minden, Louisiana. Jerry grew up in Minden where he graduated from Minden High School in the class of 1959. He then went to Louisiana Tech and majored in Forestry. He was self-employed for many years, where he enjoyed being in the woods. He enjoyed fishing and camping on Toledo Bend, where many memories were made with his family. His favorite vacations were when he was going to Branson with his wife, daughters, and granddaughters because he was the only rooster among a bunch of hens. He was preceded in death by his parents, Ralph and Lodie Roberts; sisters, Carolyn Warren and Debbie Eldridge and brothers- in -law, Larry Ellison and Carl Warren. He is survived by his wife Jackie; daddy to Denise Craig (Keith) and D'ann Davis (Terry); his grandchildren, Jessica Alexander (Chad), Matthew Craig (Randi), Steven Davis (Elizabeth), Stephanie Davis; and great grandchildren, Paisley Craig, Kanon Craig, Anslee-Kate Alexander, Walker Craig, and Eli and Owen Davis; sisters, Betty Ellison, Lindy Gandy (Richard) and Dot Lopez; and brother-in-law Dee Anders (Brenda). Pallbearers will be Matthew Craig, Steven Davis, Jeff Anders, Brandon Anders, Chad Alexander, and Adam Ellison. Honorary pallbearers will be James Sandidge and Caston McCormack. The family extends a special thanks to Minden Medical Center and Ruston Rehab and a very special thanks to Maddie Cathey at Minden Medical Center and Shai Taylor and Jason at Ruston Rehab. Rose-Neath Funeral Home 211 Murrell Street Minden, Louisiana 71055 (318) 377-3412
To order memorial trees or send flowers to the family in memory of Jerry Roberts, please visit our flower store.