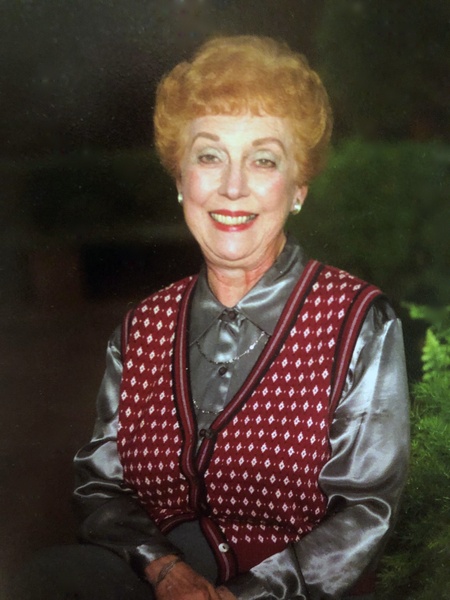 Jerry Malone was born on November 27, 1936 in Minden, Louisiana to Lonnie and Hessie Malone.  She moved to Shreveport with her family around 1950, where she lived until her death on Sunday, August 7, 2022.

Jerry graduated from C.E. Byrd High School; she received her Bachelor of Arts in education from Centenary College of Louisiana and master’s in education from Louisiana State University in Baton Rouge.  Jerry taught algebra and math at her alma mater, Byrd High School, and later was an assistant principal.  Jerry also served as the faculty sponsor for the student council. In 1989 she left Byrd and became the headmaster of First Baptist Church School for several years, before finishing her career back in the classroom, teaching algebra and math. Jerry retired in 2021.

Jerry’s dedication to excellence in learning coupled with her concern for colleagues and students made her the respected, top-notch educator we will all remember her as.  As a strong leader in service organizations for more than 50 years, she led with confidence and conviction particularly in the purpose and mission of supporting current and future educators. Jerry had a strong faith; deep love for family and friends; pride in Louisiana and appreciation for places yet to explore; and a wonderfully sharp wit.

Jerry is preceded in death by her parents; both maternal and paternal grandparents; and aunts and uncles.   She is survived by her brother, William Malone and sister-in-law, Jeanette Malone of the Woodlands, Texas; and by two nephews and their families: Richie, Ashley, Rhett, and Tate Malone of Katy, Texas and Kevin, Erin, Caleb, and Julia Malone of Kingwood, Texas.

The family suggests memorial donations may be made to First Baptist Church School (Shreveport), 533 Ockley Dr., Shreveport, LA 71106 or any charity of the individual’s preference.

To order memorial trees or send flowers to the family in memory of Jerry Malone, please visit our flower store.