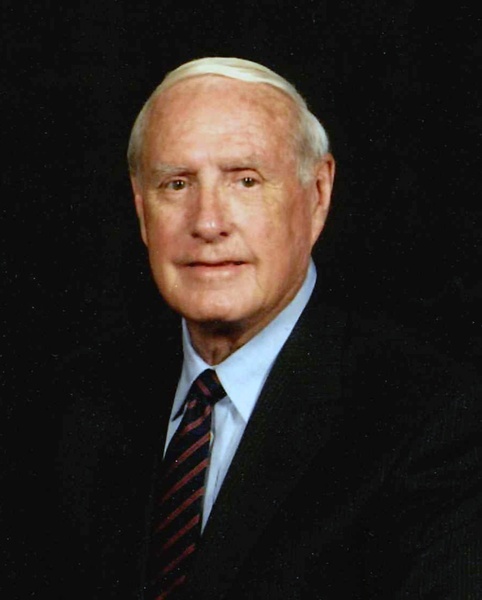 Jerry Dean Boughton passed away on Thursday, August 4, 2022 in Oxford, Mississippi and was laid to rest at a private interment. A memorial service honoring the life of Jerry Boughton will be held at First Presbyterian Church, 900 Jordan Street, Shreveport, Louisiana on Thursday, August 18, 2022 at 12:00 p.m. with a reception to follow in the dining room. Officiating the service will be Reverend Alexandra Pappas and Reverend James Giddens.

Jerry was born on November 26, 1932, in Rayville, Louisiana, and grew up in the small rural community of Clear Lake, Louisiana. Jerry graduated from Louisiana Tech in 1955 and later received a graduate degree in banking from Rutgers University. While at Louisiana Tech, he met his wife of 63 years, Thelma McKinney Boughton. After graduating from college, he joined the United States Air Force, becoming a helicopter and B-24 pilot and serving overseas in France and Libya for three years. Evidently, these years were formative for Jerry. He visited 99 countries throughout his life, each trip seemingly more adventurous.

After college and his Air Force tour, Jerry began working at the First National Bank of Shreveport. Over the years, he worked his way up to become president and, finally, chairman of the board. He was proud of his years with FNB and enjoyed the challenges of his role in growing the bank. During those years, he also served as a regional board member of the American Institute of Banking. He remained involved in the economic development business world of the Shreveport area serving as a lifelong member of the Downtown Rotary Club, president of the Red River Valley Association, lifetime executive committee member of the Louisiana State Fair, member of the Caddo Stock Syndicate, and other civic organizations.

Since 1967, Jerry was also a committed and devoted member of First Presbyterian Church of Shreveport. He served as a deacon, trustee, and elder emeritus. Perhaps his favorite contribution to his church was creating and operating the Christmas International House, which built makeshift dorm rooms to house local international college students over the holidays. He worked to develop a mental health support group to assist young adults after treatment.

In later years, he volunteered with friends, serving food at the Shreveport-Bossier Rescue Mission.

Jerry was an attentive father to his two children. While he did not embrace the usual outdoor activities associated with the rural life of his childhood, like hunting, fishing, and farming, he loved the outdoors. Every summer, and many holiday weekends, he and Thelma took the kids, and often their friends, camping in the Rockies or Ozarks and, in later years, boating on Caddo Lake or Lake Ouachita. His daughter’s family continues this love of camping. When his son David was diagnosed with AIDS in 1990, he dropped everything and moved to Dallas to care for him. His and Thelma’s unconditional compassion during that time was exemplary.

After retiring, he had time to pursue his greatest passion to travel more intensely. He and Thelma traveled extensively in Europe and Southeast Asia. He particularly loved the countries of Nepal and Bhutan. He began taking classes on video editing and producing quality films of his travels, which he posted on YouTube. One of his last coherent sentences was, “What time is our flight to Peru?” Whether it was a random gravel road in the mountains, a last-minute flight to London, a bungee jump opportunity at the state fair, visiting with Buddhist monks in Kathmandu, or eating yak with a family in Mongolia, Jerry Boughton loved an adventure.

He loved gadgets. One of his most exciting purchases was his new Commodore 64 computer in 1983. As a doting grandfather, he was known as Howie, for a computer game he spent countless hours playing with them. Trips to Sci-Port, the duck pond,  Southern Maid Donuts and Drug Emporium were the mainstays of their visits. He had many long-time friends and continued socializing for as long as possible. He truly lived a life he loved, and he left this world with no regrets…not even the speeding tickets.

He is preceded in death by his wife, Thelma, son David, brother Jimmy, and sister Mary Louise. He is survived by his daughter, Laura Boughton and husband, Gerard Buskes; loving sister, Bonnie Adams and husband, Bob, and beloved grandchildren, Arthur Buskes (Georgia Institute of Technology), and Elsie Buskes (University of Mississippi).The family wishes to thank his many friends for years of love, support, and shenanigans. Also, a special thanks to Oxford friends of the family, the doctors and staff at Baptist Memorial Hospital-North Mississippi, and Josh Garrett and staff at The Magnolia at Oxford Commons for all of their support.

In lieu of flowers, the family suggests memorial donations may be made to First Presbyterian Church of Shreveport Legacy Green Fund (https://www.fpcshreveport.org/connect/legacy-green/), the Philadelphia HIV Resource Center (https://philadelphiacenter.org), the Shreveport-Bossier Rescue Mission (www.sbrescuemission.com) or World Central Kitchen (https://wck.org).
To order memorial trees or send flowers to the family in memory of Jerry Dean Boughton, please visit our flower store.

Send a Sympathy Card
In memory of Jerry Dean Boughton, please consider making a donation to one of the following charities:

Reception will be held in the dining room.