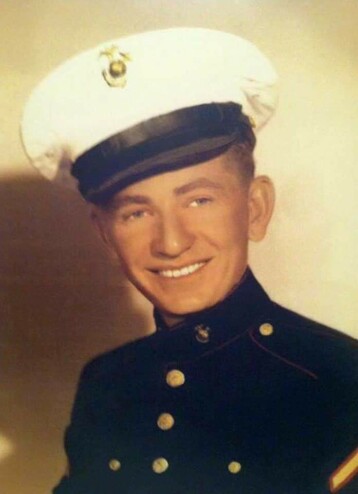 Funeral services for James T. Parker, Sr., 92, will be held on Saturday, February 19, 2022 at 11:00 a.m. at Rose-Neath Funeral Home, 2500 Southside Dr., Shreveport, Louisiana. Burial will follow at Rose-Neath Cemetery in Bossier City. A visitation will be held Saturday, February 19, 2022 from 10:00 a.m. to 11:00 a.m. prior to the service. Officiating the service will be Rev. Mike Stowell and Rev. Rayford Beal. James was born on May 19, 1929 in Parkdale, Arkansas to Ernest Parker and Gerthia Kendrick Parker and passed away on Thursday, January 20, 2022 in Shreveport, Louisiana. James was a widower and an honorary disabled veteran that made many sacrifices for his family. He was a combat vet in Korea. He was one of the "Chosin Few." He retired after 29 years at Beaird Industries. He loved to travel, fish, hunt, and watch westerns on TV. He was a quiet man and great listener and observed all ways willing to help people. James is preceded in death by his parents; wife, Betty Parker; son, Ronald Parker; and daughter Regina Dorking. Left to cherish his memory is his son, James T. Parker, Jr., and wife, Debbie; and daughter, Samantha Berry; five grandchildren; and four great-grandchildren. Honoring James as pallbearers will be Joel Taylor, Clay Malone, Ronny Golden, Michael Moss, Robert Davis, and Ronald Fielder. Serving as honorary pallbearers will be Parker Malone, Kenny Davis, Dalton Eastman, Lavelle Sullivan, Jody Smith, and Bobby Sullivan.
To order memorial trees or send flowers to the family in memory of James Tillon Parker, Sr., please visit our flower store.
Send a Sympathy Card