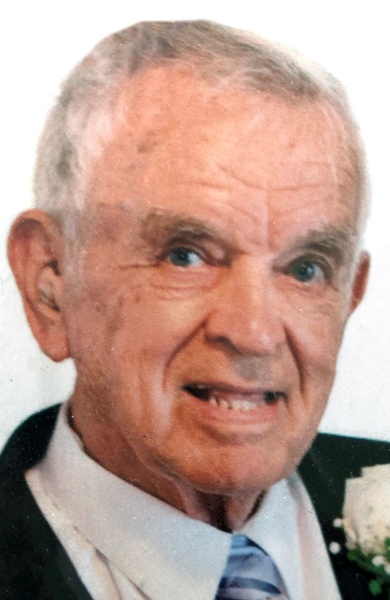 Funeral services for James E. Rhodes, 89, will be held Saturday, April 23, 2022 at 11:00 a.m. at Rose-Neath Funeral Home, 2500 Southside Dr., Shreveport, Louisiana. A visitation will be held on Friday, April 22, 20222 from 5:00 p.m. to 7:00 p.m. Burial will follow at Forest Park West Cemetery in Shreveport, Louisiana. Papa went home to be with our Lord on April 14, 2022. He was a beloved husband, father and grandfather, as well as a true friend to all. "Papa" as we all knew him was deeply devoted to his wife, Barbara of 65 years, their family, friends, and community. His life reflected his love for our Savior in his desire to serve Him. He was dedicated to helping others and illustrated Titus 2:7 "in everything set an example by doing what is good." Papa was born November 8, 1932 in Timpson, TX to Vessie Oliver Rhodes and T.9.C. Garrett Rhodes. In 1941, his family moved to Cedar Grove in Shreveport. After graduating from Byrd High School, he served as a Military Police Officer in the United States Army during the Korean War. After the war, he flourished in sales for Frosted Foods, Sysco Foods and Tom Clamon Foods, where he retired. Papa was very active in his community and church. He never sat still! For over 50 years, he served through the Summer Grove Lions Club where he helped cook thousands of charbroiled chicken dinners, assisted in taking children to Lions Summer Camp, gathered eyeglass donations, and met many other needs. He had a passion for sports, particularly high school baseball and football. He coached several different boy's baseball teams, as well as his beloved "Monkeys" in girls' softball. Papa brought a positive influence to numerous young athletes. Over the years, his support and priceless advice transitioned to his grandchildren in their athletic endeavors. He cherished the opportunity to show his support to his family and community. If he could be at a game, he'd do whatever it took to be there! Papa was preceded in death by his parents; his brother, Thomas (Junior) Rhodes; and sister, Dorothy Rhodes Ray. He is survived by his wife Barbara Crawford Rhodes; daughters, Kay Wallace (Stephen) and Jill Simons (Gary); and son, Jim Rhodes (Melissa); sisters Yvonne Hiller and Pat Butcher. Papa's grandchildren include Britney Wallace Smith (Jordan), Blake Wallace (Allison), Benjamin Wallace (Stephanie), Shelby Simons Forrest (Ryan), Rhodes Simons, Tori Tucker Tagaloa (Tawna) and Colton Pimpsner. Papa's great-grandchildren include Levi, Nora, Grace and William Smith; and Stephen, Andrew, and Caleb Wallace; and Joe Wallace. The family would like to thank their friends, family, and the Epworth Villa staff (OKC, OK), Papa's caretaker, Jack Barb and multiple doctors and nurses for their continued love and support. In lieu of flowers, memorial donations can be made to Louisiana Lions Camp, 292 L. Beauford Drive, Anacoco, LA 71403; https://lionscamp.org/donate
To order memorial trees or send flowers to the family in memory of James E. Rhodes, Sr., please visit our flower store.