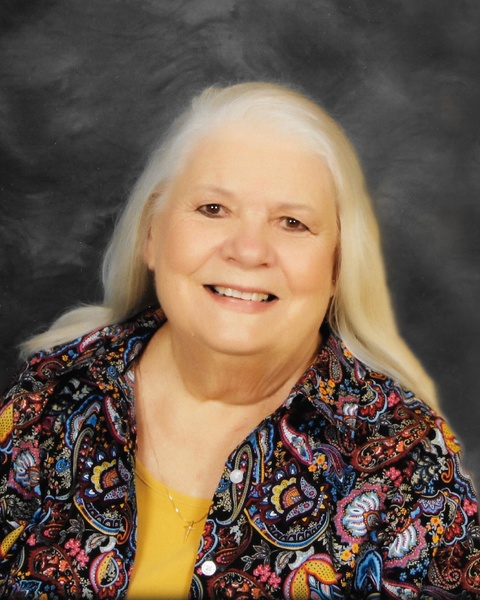 Funeral Services honoring the life of Jackie McGee Sidaris Brookings will be held at 11:00 a.m., Saturday, January 15, 2022 at First Baptist Church of Blanchard, 201 Attaway St., Blanchard, Louisiana. Officiating the service will be senior pastor, Clay Fuqua. A visitation will be held prior to the service at 9:00 a.m. until 11:00 a.m. at the church. Interment will immediately follow the service at Memorial Gardens North in Blanchard, Louisiana. Jackie McGee Sidaris Brookings was born November 27, 1939 to Emma Cox McGee and Henry Battle McGee in Bradley, Arkansas and passed away peacefully Sunday, January 9, 2022 in Shreveport, Louisiana. Jackie graduated from Bossier High School, earned a bachelor's degree in education from Northwestern State University in 1961 and received her master's degree plus 30 in education in 1966. She taught fourth grade at Central Park Elementary in Bossier City, where she wrote the curriculum for a new "open-space" school at Apollo Elementary. She taught fourth grade and was the resource director at Apollo Elementary for 13 years before she moved to Caddo Parish where she taught and set up a number of school libraries. She also graduated from Blue Cliff School of Massage in 1994 and practiced out of her home for several years. Jackie enjoyed sewing for her family and friends. She especially loved making heirloom quilts and embroidery. As a member of First Baptist Church of Blanchard, she also enjoyed working with Lydia's Sewing Group. She is preceded in death by her parents; first husband, Chris Sidaris; brothers, William Thomas McGee and John McGee; and sister, Barbara Elaine McGee. Left to cherish her memory are her loving husband, Frank Brookings; daughter, Renee Vergis and husband, Joe; sister, Louvenia Carter; sister-in-law, Priscilla McGee; grandchildren, Christopher Dopson, Caroline Dopson, Rylan Sidaris, Carlie Wyatt, and Sean Stubbs; stepchildren, Michael Brookings, Diane Brookings, Virginia Brookings; and special daughter, Gwendy Durham. Serving as honorary pallbearers will be the members of Jim Peck's Sunday school class. The family would like to express their sincere appreciation to the staff at Willis-Knighton North, Northwest Regional Hospice and her caregivers. Also, a special thank you to Gwendy Durham for all her love and care. The family suggests any memorials may be made to First Baptist Church of Blanchard, 201 Attaway St., Blanchard, LA 71009.
To order memorial trees or send flowers to the family in memory of Jackie McGee Brookings, please visit our flower store.
Send a Sympathy Card