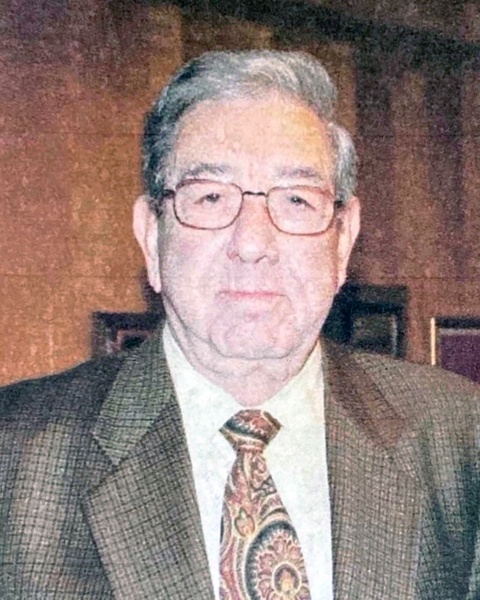 Herman Van Os, 95, passed away Wednesday, October 5, 2022.  Herman was born on March 18, 1927 to Seymour Van Os and Lucile Samuel Van Os.  He was a lifelong resident of Shreveport until 10 years ago when he and his wife relocated to Baton Rouge, where they were immediately welcomed by the Saturday Night Group and ROMEOs.  No one loved Shreveport more than Herman Van Os.  He knew every nook and cranny in the city!

Herman was an executive of United Shoe Stores for many years and then the owner of Mills Motors.  His passion was classic cars and his 1938 Packard Roadster, which he owned for 50+ years.  He was a member of the national Classic Car Club organized in 1953; the Oil Belt Region, organized in 1960 and a founding member of the North Texas Classic Car Association organized in 1972.  He knew and kept up with members from coast to coast.  After he sold his Packard and acquired a 1941 Buick Sedan Convertible in 2016, he met a group of car “buffs” in Baton Rouge.  “Car Speak” was Herman’s language.  He was truly one of a kind!

Herman was preceded in death by his wife of 61 years, Jean Katzenstein Van Os; his parents; his brothers, David and Seymour; his son-in-law, Marc Becker; his sister-in-law, Francene Davis Van Os and his brother-in-law, Donald Zadeck.

In lieu of food or flowers, the family suggests memorials may be made to the charity of your choice.

To order memorial trees or send flowers to the family in memory of Herman Van Os, please visit our flower store.