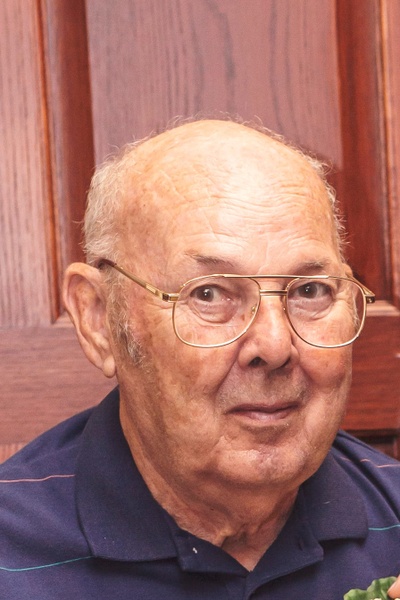 A graveside service for Henry Mason Hagedorn, 85, will be held 11:00 a.m. Friday, April 8, 2022 at Rose-Neath Cemetery, 5185 Swan Lake Spur Bossier City, Louisiana. Officiating the service will be Pastor Hulen Warren. Henry was born March 5, 1937 in Shreveport, Louisiana to Hulett Hagedorn and Olive Mason Hagedorn and, following a brief illness, passed away on April 4, 2022 in Bossier City, Louisiana. After graduating from C. E. Byrd High School in 1955, Henry married his wife of over 60 years, Neita Glen Stahl. He later enlisted in the United States Navy. Stationed in New London, Connecticut, he served for three years on the submarine tender USS Fulton. After returning home, Henry became a United Sates Postal Carrier. He delivered mail for thirty years, first to residents in the Madison Park area and then the last five years in downtown Shreveport. He truly loved his patrons and delivering mail. Often donating blood for the welfare of his patrons as well as for the general public. Henry was pictured numerous times in the local newspaper doing his job as a letter carrier. Henry loved sports. He was an avid bowler and won the Louisiana State singles title in 1963 with 709 handicap series. He was a loyal fan of the area's minor league baseball teams, Shreveport Captains, Swamp Dragons and Shreveport Sports; and he supported the Independence Bowl through the purchase of season tickets. Henry, fondly called "Grandad", loved watching his grandkids play baseball, hockey, and bowling. He regularly left Cokes on top of his trash cans for the sanitation workers to make sure they had something to drink on their route. He knew they truly appreciated the cold drinks. Henry is preceded in death by his parents. Left to cherish his memory are his wife, Neita; sister, Jo Ann Power; daughters, Donna Craven and husband, Jeff, Debbie Bothwell and husband, Tony, Daneita Adams and husband, Stephen; grandchildren, Chris Bothwell, Daniel Adams and wife, Alex, Kelly Bothwell, Derrick Adams and wife, Alison, Kyle Craven and wife, Kelly, and Kalie Craven; great-grandchildren, Natalie Friery and Alexis Craven. Serving as honorary pallbearers will be Stephen Adams, Tony Bothwell, Jeff Craven, Daniel Adams, Derrick Adams and Chris Bothwell. Special thanks to all that helped work with Henry through this time at Willis-Knighton Pierremont, PAM Health Specialty Hospital at Willis-Knighton Pierremont, War Veterans Home, and Regional Hospice. In lieu of flowers the family suggests that memorials may be made to any charity of the donor's choice in Henry Hagedorn's name.
To order memorial trees or send flowers to the family in memory of Henry Mason Hagedorn, please visit our flower store.