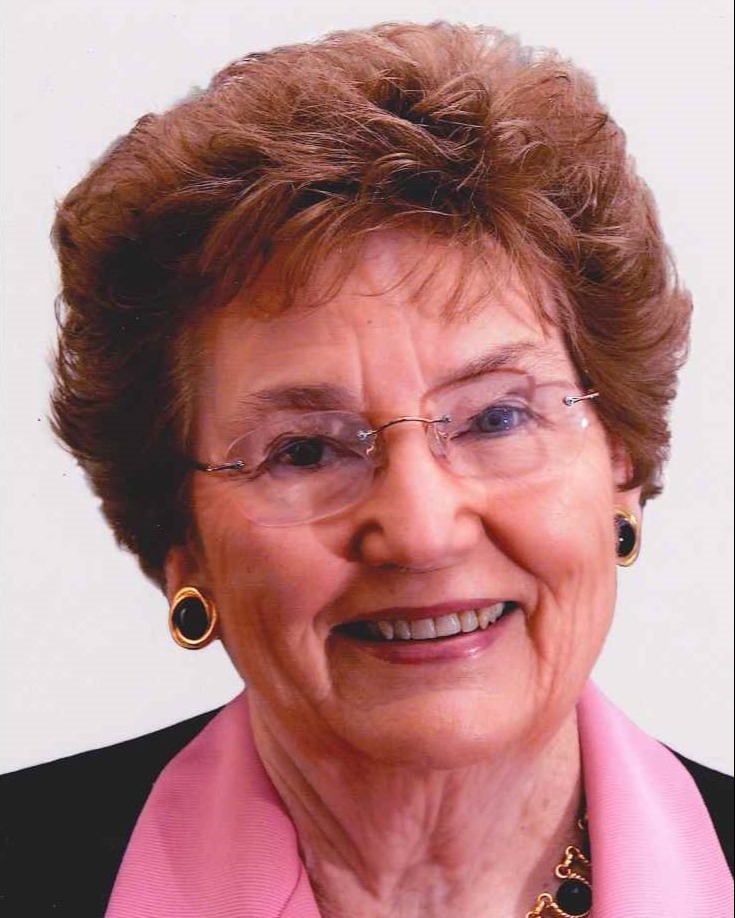 The Honorable Hazel Fain Tilley Beard was born on September 16, 1930, and went to be with the Lord peacefully on Monday, December 26, 2022, at the age of 92.  Purple was her signature color, and you did not know her long before you also knew that Larry Bird was her favorite NBA basketball player and the Boston Celtics was her favorite basketball team. She loved whatever team her nephew, quarterback Stan Humphries, was playing for, but could not watch a single game except on replay for fear she might see him get hurt.  The same was true for watching grandchildren and sporting events; just too much for her so she went to the movies instead! Her passion was reading and at times in her life of retirement she was able to devour five books a week.

Her real story, however, was built on her abiding faith in Jesus Christ, and her commitment to and investment in her family for whom she was the absolute matriarch by everyone’s account.  One of eight children, she grew up in Liddieville and Winnsboro, LA, with meager means, hard work in the cotton fields, and an appreciation for the tight-knit bonds of faith and family that would define her life.  She was all-state in basketball all her years in high school but elected to pursue work rather than higher education after graduation.  She made her way to Shreveport, LA where she married Ira James Tilley. They had two daughters, Terri and Marcia.  After her husband passed away, she later married Charles Carroll Beard and gained a son, Charles, Jr., and a daughter-in-law, Suda.  She decided at age 50 it was time to go back to school and pursued learning with the same intensity and focus she did with everything to which she was committed. She graduated with honors from LSU-Shreveport with no idea what was coming next.

The political landscape of Shreveport caught her eye in 1986 and she ran successfully for City Council, defeating multiple opponents in the primary without a runoff.  In 1990, she mounted a successful bid for mayor of Shreveport where she served for four years, then retired with her husband out of the spotlight to a small, lake-side community in the Texas hill country where she loved to sit on the porch, read and enjoy her family.

After the death of her husband, Charles Beard, in 2002, she decided to return to the education world and spent a brief time teaching in a private Christian school where her zest and enthusiasm for history curriculum was a magnet for her students.  Retiring again in 2008, she moved to a small, private lake home in East Texas where she resided independently until her health forced a move near her daughter, Terri, in Marble Falls, TX. Since 2019, she has particularly enjoyed family nearby and has remained until her very last days the voice of opinion, godly counsel, and vigorous conversation with family who would entertain her with stories of the latest great-grandchild adventures.

Even though she served as church leader, educator, and mayor in her public life, the legacy of Hazel Beard is most vividly described in her absolute commitment to her faith, family and everything touching their lives.  Preceding her to heaven are her first husband, Ira James Tilley; her second husband, Charles Carroll Beard, and her siblings, Wilbur J. Fain (Wimpy), Dorfus M. Fain, Marie F. Plank, Robert D. Fain, Annie Loris Fain McGary, and Shelby Jean Fain Humphries.

The family will gather for a private service of celebration of Hazel’s life on Saturday, January 14, 2023 in East Texas where she spent many peaceful days in retirement.  An informal public reception will be held at Rose-Neath Funeral Home, 2500 Southside Dr., Shreveport, Louisiana 71118 on Sunday, January 15, 2023 from 2:00 p.m. to 4:00 p.m.

The family suggests memorials may be made to Samaritan Counseling Center, 1525 Stephens, Shreveport, LA 71101 or any public library.

To order memorial trees or send flowers to the family in memory of The Honorable Hazel Fain Tilley Beard, please visit our flower store.