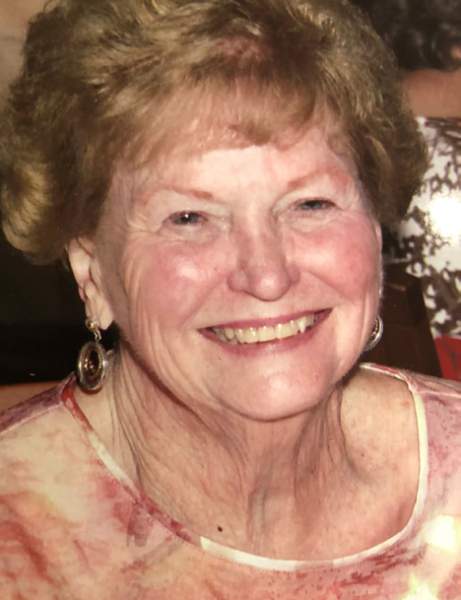 Harriett was born on January 17th, 1934, in Beeville, TX to Clifford and Katherine Farmer. Harriet graduated from Saint Vincent Academy and attended Centenary College in Shreveport where she was an active member of Chi Omega sorority. While at Centenary she met William Henry Oursler III and Harriet and Bill were married on July 12, 1952. Their marriage lasted more than 48 years until Bill's passing and they were blessed with four children, nine grandchildren and seven great grandchildren. Harriet was an avid reader and enjoyed playing bridge and mahjong with her girlfriends. She was an excellent cook and relished entertaining with friends and family, and all would rave about the dishes she prepared. She was an avid gardener and was an active member of the Benton Area Garden Club. Traveling with her family was one of her true joys. After her children reached elementary school age, she began teaching at Saint Catherine's in Shreveport. She taught 8th grade and her previous students would often comment on what a great teacher she was. In 1975, she relocated to Houston, TX with her husband and taught in the Magnolia Independent School District. In total she was an educator for 22 years. Harriet was preceded in death by her husband William Oursler III in April 2000. Harriet was an active member of Saint Jude Catholic Church where she was president of the Ladies Guild. She was friends with Jim Kendall, their relationship grew, and they were united in marriage on September 18th, 2004. Both Jim and Harriet's families were so grateful for their union: Jim has five children and many grandchildren and Harriet felt that each one was one of her own. Harriet and Jim were avid travelers throughout the world. Each summer a different locale was chosen for a family reunion and Harriet loved getting together with both sides of the family. Harriet is survived by her children Debbie Oursler Long of Fort Walton Beach, FL, Michael Oursler of Cedar City, UT, Cyndie Oursler Burke of Houston, TX, and Katherine Oursler Crowe of Apex, NC. She is also survived by one sister, Marianne Farmer of Shreveport, LA. She has nine grandchildren, Trey Long, L'Chele Long, Elisabeth Long, Kyle Oursler, Chris Oursler, Ryan Burke, Katie Burke, Shannon Crowe, and Matthew Crowe. She also leaves behind many beloved stepchildren, step grandchildren, and step great grandchildren. Harriet was an awesome mother who inspired her children with much love and always put them first. She will be missed by all. Visitation will be at 9 AM on March 8th followed by the Mass of Christian Burial at 10 AM at Saint Jude Catholic Church on 4700 Palmetto Road in Benton. Harriet requested memorials be made to Saint Jude Research Hospital in Memphis, TN.
To order memorial trees or send flowers to the family in memory of Harriet Elizabeth Kendall, please visit our flower store.