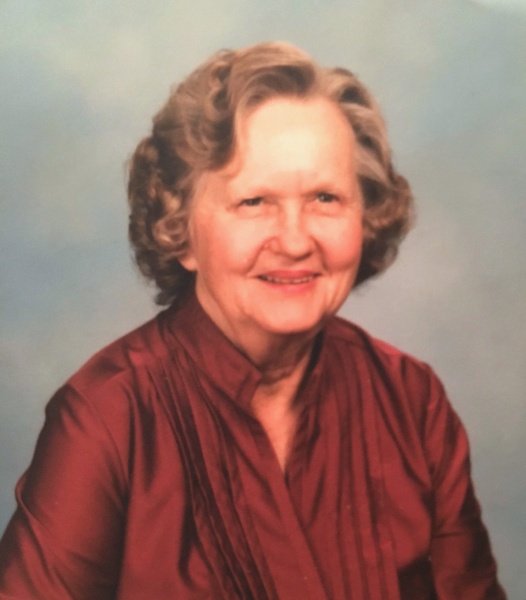 Gypsy Damaris Boston of Ida, Louisiana, beloved family matriarch, storyteller, and folklorist, passed away on Friday, January 14, 2022 at the age of 102. Born December 8, 1919 in Ida, Louisiana to Crit Petty, Sr. and Gypsy Bell Williams Petty, she was predeceased by her husband, Farwell Boston; her son, Robert Boston; and her granddaughter, Jennifer Hicks. She is survived by her remaining children, Roger Boston of Houston, TX; Janet Hobgood (Danny) of Shreveport, LA; Frank Boston of Ida, LA; Carol Zeisler (Steve) of Hockessin, DE; and John Boston (Karen) of Chattanooga, TN; 16 grandchildren; 18 great-grandchildren; and many nieces and nephews. Gypsy Damaris grew up in Ida. She was the sixth of eight children. Her father was a teacher and school principal, land surveyor and rural mail carrier, and her mother was a musician and teacher who lived in Ida until the age of 110 years. Gypsy Damaris began collecting stories and writing in her childhood. As a child, she reported 4-H news and church news to the Shreveport Journal, which began her lifelong avocation of writing. Gypsy Damaris briefly attended Centenary College of Louisiana. In 1939, she married Farwell Boston of Chillicothe, Texas. He was a chemical engineer working in the oil fields of Rodessa when they met. They followed his career to Oklahoma, Texas, and Maryland, where he served as an Army Captain during World War II. In 1948, he took a position with United Gas Company in Shreveport and soon established his own chemical engineering consulting firm. Gypsy Damaris was heavily involved with school Parent Teacher Associations, scout troops, Sunday school classes and numerous other activities. She was able to use her storytelling abilities to make these activities more memorable and wrote and often personalized stories for her children and grandchildren. Gypsy Damaris visited the elderly and tried to bring the outside world to them through observations in the form of letters to the editor in the newspapers. In the 1970s, she worked on a folklore project interviewing older people about the history of the area. She shared these stories and her own with schoolchildren and created workshops to teach children how to observe and write to tell their own stories. She also assisted many adult writers in preparing their own books for publication. She was an Art in Education instructor for the Shreveport Regional Arts Council and a storyteller for the Red River Revel, Bossier City's Art in the Park, and ArtBreak. She cherished these roles in her community. Gypsy Damaris was a member of the Louisiana Historical Association; former Vice President of the Northwest Louisiana Writers' Conference; former President of the Shreveport Writers' Club; former President of Caddo Branch of National League of American Penwomen; and life member of the Louisiana PTA. She was active with the Morningside and Ida United Methodist churches. After her husband's death in 1987, Gypsy Damaris returned to Ida and was the primary caretaker for her mother, Gypsy Bell Petty, who lived until 1994 to the age of 110. Their home on Cedar Lane served for many years as the headquarters for large family reunions of many generations of cousins, who came together for music and nature-filled weekends in the piney woods of Ida. The quaint country lifestyle of north Louisiana, her love of gardening, and observations of the daily pageantry of nature continued to inspire Gypsy Damaris. Her published works varied from factual articles and personality profiles to children's stories and nature descriptions. She won numerous small prizes in writing competitions for her stories. Her work has appeared in area papers and such publications as The Upper Room, Grit, Cappers, Petticoat Press, The Shreveport Magazine, River Cities Magazine, North Louisiana Historical Journal and Love & Legend. Her writings often appeared on the opinion page of the paper as a letter to the editor. Her books Dear Louisiana...Love, Gypsy and Hurry Before the Magic Ends include many of these letters. The Rainbow Fairies and Pink Hair were books for children. Gypsy Damaris was an artist who saw great beauty all around her, and she shared these observations through her unique storytelling and descriptive writing. Perhaps she can best be remembered as nature's own proctor to remind us to stop and take notice of the little things we often take for granted, to simply enjoy the world around us. A private Graveside Service will be held in her honor at Forest Park East Cemetery. In lieu of flowers, the family suggests contributions in memory of Gypsy Damaris may be made to St. Jude Children's Research Hospital, 501 St. Jude Place, Memphis, TN 38105 or the Ida United Methodist Church, Kentucky Ave, Ida, LA 71044.
To order memorial trees or send flowers to the family in memory of Gypsy Damaris Boston, please visit our flower store.
Send a Sympathy Card