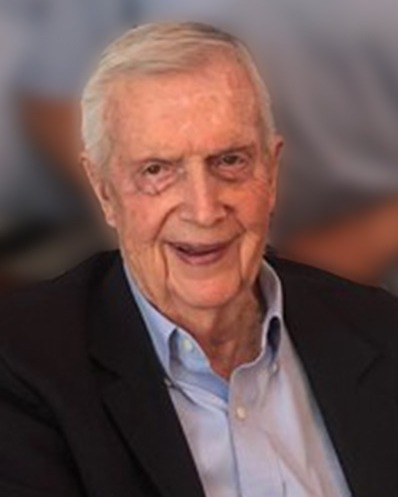 Alfred Glenn Flournoy, Jr. was born on August 5, 1929 in Greenwood, LA to Alfred Glenn, Sr. and Cornelia Alexander Flournoy. He passed away on Tuesday, November 1, 2022.

He was preceded in death by his wife, Nena Courtney Flournoy. He is survived by his wife of 11 years, Virginia Hamel Metcalfe Flournoy; son, Brian Flournoy and wife, Jenny; daughter, Melissa Flournoy and partner, Michele Fournet; grandchildren, Alex Flournoy, Tallie Mabray and husband, Wilson, Camille Flournoy, and Russell Flournoy and wife, Laurel; great-grandchildren, Patton Mabray and Nena Mabray; and his stepchildren, Susan and Steven Shores and Rand and Rebecca Metcalfe.

Glenn Flournoy was a fine man, good husband and father, and a faithful Christian who served in many leadership roles at First Baptist Church of Shreveport and First Baptist Church School.  He believed in faith in action, kindness, community service, and was a generous philanthropist and patron of the arts.  He led a life of genuine service and compassion for others and leaves a legacy that his children continue in service to the area.

Glenn was a fifth generation Caddo Parish resident, loved Shreveport, and his family heritage, and pioneer spirit since the Flournoy’s came to Greenwood, Louisiana in the 1830s.

Glenn was active in the community, supported many organizations and causes, and if there was an event in Shreveport, he wanted to be there to show his support.

Glenn served on many community boards including the Shreveport Symphony Orchestra, Shreveport Opera, and the Shreveport Little Theater. He was active in the Demoiselle Club, The Cotillion Club, and the Royal Order of Jesters in Holiday in Dixie.

He was a lifelong Rotarian, having joined The Rotary Club as a young man in Carthage, TX and was president of East Shreveport Rotary, a Paul Harris Fellow, and still went to Rotary on Thursdays to the very end. He even drove himself to the hospital last Wednesday.

A service to celebrate his life well lived will be in the Sanctuary at the First Baptist Church of Shreveport, 543 Ockley Drive, Shreveport, Louisiana, on Friday, November 4, 2022 at 10:00 a.m. Visitation will be held in the foyer of the church after the service. A private family burial at Greenwood Cemetery in Greenwood, Louisiana will precede the service.

The family would like to say a large thank you to our special friend, Allison McClung, and caregivers Vera Small, Karen Demery, and Keisha Green for all their help.

To order memorial trees or send flowers to the family in memory of Alfred Glenn Flournoy, Jr., please visit our flower store.

Send a Sympathy Card
In memory of Alfred Glenn Flournoy, Jr., please consider making a donation to one of the following charities:

Located in the church foyer following the service.