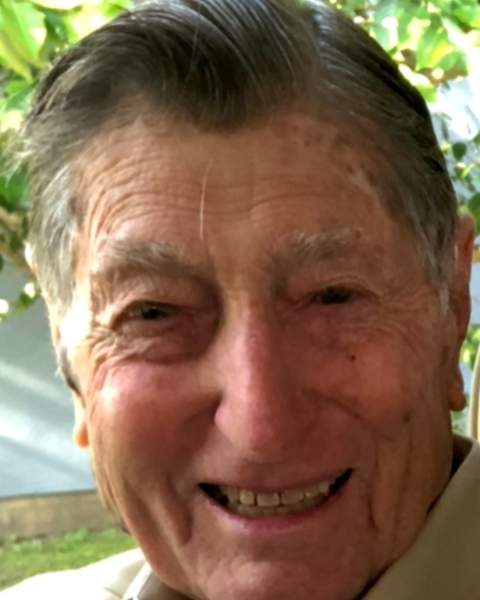 Glen Murphy Ponder, age 97 years, passed away into the arms of our Father on September 2, 2022.   He lived his life as an example for others and loved his Lord almighty.  A southern gentleman to the core, the epitome of a good man.

Glen was born on June 12, 1925, in Spring Ridge, Louisiana and was preceded in death by his parents, Kate and Henry Ponder; wife of sixty years, Melba Rita Brown Ponder, and sister, Alma Lurline Edwards.

Glen lived a full and loving, family-filled upbringing as the middle brother of three.  He shared a life of ministry and honor with his many friends and family, growing up on a farm in Spring Ridge.  Gospel music was a part of his life from an early age, and he began playing the piano as a young boy.  At the age of five, he fell off a wagon and lost part of a finger.  The accident never hindered his talent as a pianist.  As a young man he played for the Stamps-Baxter Gospel Aires Quartet and played many years for Central Park Baptist Church and Spring Ridge Baptist Church.

Glen enlisted in the Army and served in World War II, ranking as a Private First Class.  He worked as a field medic on the frontline of the battlefield.  Glen fought in the Battle of the Bulge and was a prisoner of war.  Glen received the Purple Heart.  After returning home from the war, he worked as a carpenter in residential construction.

Anyone who knew Glen knew that he was the most loving husband, father, grandfather, brother, and uncle, one could have.  He was a lifelong Christian, veteran, pianist, and devoted family man.  A true gentleman, genuinely modest, had a gentle nature, self-effacing, generous, heartfelt loyalty, humble, and full of great kindness.

Patience now father and know your family will return your earthly body to a little country cemetery near where you began your earthly journey.  And because we loved and adored you so much, we will miss you and honor you in our memory every day.

Funeral services will be held on Wednesday, September 7, 2022, at Spring Ridge Baptist Church, 5200 LA-175, Pleasant Hill, Louisiana.  Visitation will be held at 1:00 p.m. until 2:00 p.m., preceding the funeral service.  Honoring Glen as pallbearers will be members of the Fort Polk Honor Guard.

The family would like to thank cardiologist Dr. Jonathan Davis and Hospice of Natchitoches for their compassionate care.  They’d also like to thank all their family and friends for their support and prayers, especially Gene Craig, Buddy Free, the late Ted Desoto, the late Clyde Gaddis, and the late A.D. Johnson, who spent time with Glen prior to his passing and made him feel very loved.  A special thanks to Jimmy Golden, and his mother, of Golden’s, who served a hamburger and fries to Glen every Wednesday, which brought him great joy.

In lieu of flowers, donations may be made to Chimp Haven, 13600 Chimpanzee Place, Keithville, LA 71047.  www.chimphaven.org.

To order memorial trees or send flowers to the family in memory of Glen Murphy Ponder, please visit our flower store.