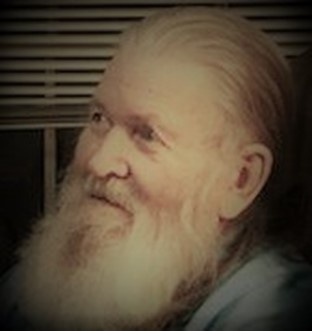 Gerald Eugene Gatch, 83 went peacefully in his sleep in Shreveport Louisiana on 22 December 2021 to be with his Lord, loving wife (Shirley) and parents. Interment with Military Honors will be held at the Northeast Louisiana Veterans Cemetery, Keithville, LA. Jerry was born in Minatare Nebraska on 1 November 1938, his parents were Neil M. Gatch and Edna Maxine (Safford). Jerry attended Melbeta High School where he played football, basketball and worked hard in the church, 4-H club, and scouts. He achieved the honor of Eagle Scout and graduated from Melbeta High School in 1957. He attended four years of college at the University of Nebraska and enlisted during the Vietnam War era serving in the US Air Force from 1961 to 1985. He retired from the Air Force as a Senior Master Sergeant in Bossier City Louisiana where he transitioned to a career with United States Post Office, retiring in November 2003. He married Shirley Ann Gatch (Bieske) on 18 April 1964 in Presque Isle County Michigan. They had three children. He was a member of Holy Trinity Catholic Church, a dedicated father and loving husband. He enjoyed visiting with his neighbors, walking his dog, and spending time with his grandchildren. He is survived by his three children, Rodney (Shawna), Robin (Sonny) Davis, and Russel. He is also survived by his sister Diana (James) Sommer and brothers Richard (Kathleen) and Dan (Jeana), sister in law Monica (Ervin) Koss, brother in law Jim (Janet) Bieske, sister in law Judy Shields. As well as his grandchildren Kassandra (Justin) Avery, Michael, Jeffrey (Samantha) Zimdahl, Kirstyn, Jacqueline and great grandchildren Isabella, Sofia, Emma, Stariona, Oliver, Cheyanna, and Fawn; and numerous nieces, nephews, cousins, and friends. He is preceded in death by his parents and wife of 52 years. In lieu of flowers, the family suggests memorial donations be made to The Gary Sinise Foundation https://www.garysinisefoundation.org/. For the family and friends who can not be with us, we invite you to join ZOOM live stream on Thursday, January 6, 2022 at 2:00 p.m. CST. Click on the link below. https://us02web.zoom.us/j/86742044542?pwd=UEpCOHZSNXJpeHZNY096VE9ERzJwUT09
To order memorial trees or send flowers to the family in memory of Gerald Eugene Gatch, please visit our flower store.
Send a Sympathy Card