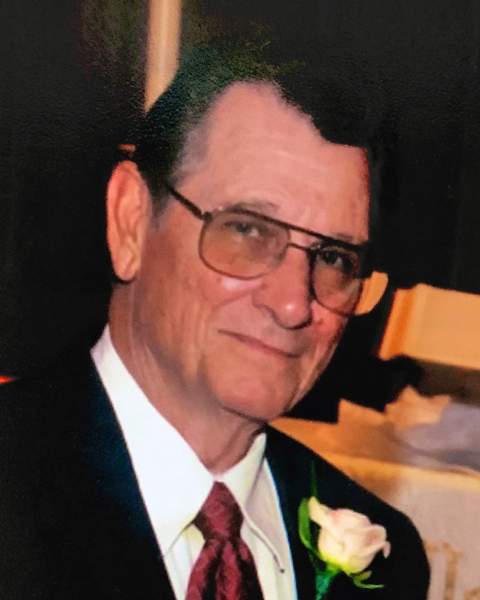 George is survived by his wife of 64 years, Frances Scalco Carney.  George and Frances married on September 8, 1958.  George is also survived by his children, Valarie Sikes and husband, Jim, and Chris Carney and wife, Angela; his grandchildren, Matthew Sikes, Patrick Sikes, Reece Carney, Ashley Zipf, and Zachary Coutee; his sister, Mildred Bearden; and devoted friends, Charles and Karen Haggard. He was also blessed with many great-grandchildren.  He is predeceased by a sister, Nettie Lee Carney, and a great-grandchild, James Camden Sikes.

After graduating from Fair Park High School in Shreveport, he joined the Shreveport Fire Department in 1957. He was passionate about firefighting and truly loved his job. George rose in the ranks to eventually become the Chief Training Officer.   He helped shape the lives of many men who later achieved great accomplishments in life.  When General Motors Truck and Bus started building the plant in Shreveport, they sought him out for his expert Fire and Safety knowledge.  He retired from the Fire Department and worked at General Motors for 22 years.  He turned down multiple opportunities to work in other General Motors locations so he could stay close to his family and friends in Shreveport. He was a dedicated family man who always provided for his family.

After retirement, he found lake front property on Toledo Bend Lake and built a beautiful retirement home. He lived there until his passing.  George was always busy with some sort of project or hobby.  At the lake he made many friends who helped him complete his projects. Like his father before him, he was a beekeeper.  Many a person enjoyed the sweet honey his bees produced. He also enjoyed gardening, hunting, and fishing. He served on the board of the G-M Water Supply Corporation in Hemphill, Texas for many years and helped them develop and maintain their water system.

George never accepted a half effort from himself or anyone that he worked with or supervised.  His famous saying was, “If something is worth doing, you might as well do it right the first time” and he generally wanted that done “Today!”.  He successfully “did it right” when it came to supporting his family, providing them a spring board to become who they are today.  His legacy of being proud of a job well done and working hard will be felt by many family members and friends for many years to come.

The family suggests memorials may be made to St. Jude Children’s Research Hospital, 501 St. Jude Place, Memphis, TN 38105 or another charity as an expression of sympathy instead of flowers.

The family would also like to extend a special thanks to Affinity Hospice for their kindness during George’s extended illness.

A firefighter never dies; he just burns forever in the hearts of those that love him.  Rest easy Chief, you ran a good race, and your work is done here.

To order memorial trees or send flowers to the family in memory of George E. Carney, please visit our flower store.