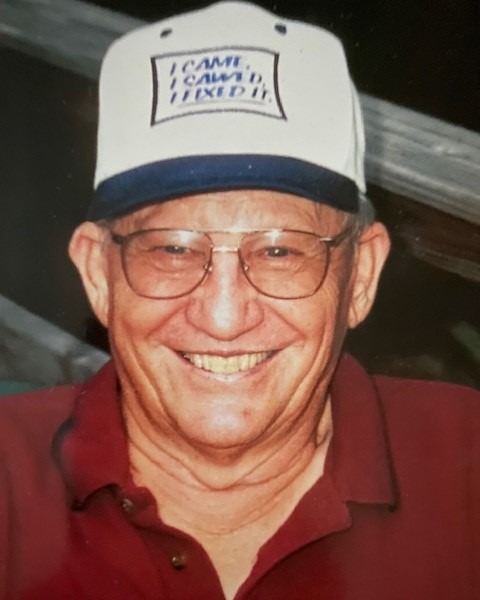 A Memorial Service to Celebrate the Life of Freddie “Fred” Joe Smith will be held at 11:00 a.m.   Wednesday, December 21, 2022, at Rose-Neath Funeral Home, 2201 Airline Drive, Bossier City, Louisiana. Visitation will be held from 10:00 a.m. until the time of service. Following the service at 2:00 p.m. will be an inurnment at Northwest Louisiana Veterans Cemetery, 7970 Mike Clark Road, Keithville, Louisiana. Officiating the service will be Pastor Calvin Hubbard and Pastor Chuck Clark.

Fred went to be with his Lord and Savior on Saturday evening, December 10, 2022. He was 89 years old at the time of his passing. Fred was a man of strong personal beliefs and convictions, living a life devoted to his Christian faith, family, and country.

Fred was born in Converse, Louisiana, to Elvin and Mildred Smith and grew up learning the value of family, friendship, and hard work. Soon after graduating high school, he joined the Air Force, where he proudly served for 22 ½ years. Before retirement, he achieved the rank of Senior Master Sergeant and earned numerous commendations and awards for outstanding service including two (2) Bronze Stars.

Fred was a member of the distinguished 509th Bomb Wing, one of only two Air Force Units to operate the B-52 Spirit Stealth bomber. After his active service, he became a member of the 509th Bomb Wing Veterans Association, where he served two terms as President and thoroughly enjoyed attending annual reunions all over the country with his wife Loretta.

Upon retirement from the Air Force, Fred immediately transitioned to the civilian workforce. He managed a local hardware store where he was always quick with a smile and a helping hand. Shortly thereafter, he began his next career at the United States Post Office, where he was soon promoted to Supervisor and eventually became Postmaster of the Keithville Post Office. He enjoyed his time with the U.S. Post office serving for twenty (20) years until he retired once again.

He is survived by his devoted wife, Loretta D. Smith, with whom he enjoyed 39 years of marriage filled with love and laughter. He leaves behind his son, Michael David Smith and his wife, Kellye of Rockwall, Texas; granddaughters, Amanda Lockwood and Hannah Nicole Smith; great-granddaughter, Emilee Lockwood; stepdaughter, Katarina Scott and stepson, Grant Sloan.

To order memorial trees or send flowers to the family in memory of Freddie "Fred" Joe Smith, please visit our flower store.