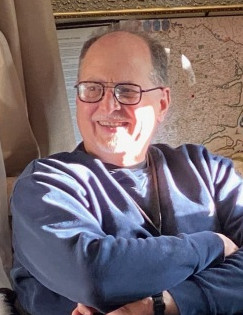 Francis (Frank) Chandler Furman, a long-time resident of Rolla, Missouri, died in Pleasanton, Kansas, on June 14, 2022 after an extended illness.  He was born on February 3, 1955 in Washington D.C. to the late Greene Chandler and Martha (Morrow) Furman of Chevy Chase, Maryland. Along with his parents, he was preceded in death by his sister, Martha Furman Storck. He is survived by two nephews, two nieces, fifteen great nieces and nephews, as well as cousins.  Frank graduated from Walt Whitman High School in Bethesda, Maryland. He received a Bachelor of Science degree in geology from Bradley University in Peoria, Illinois and a Master of Science degree also in geology from Bowling Green State University in Ohio where he was inducted into Sigma Gamma Epsilon, the national honor society for the earth sciences. After working as a geologist for Texaco in Louisiana Frank resumed graduate studies in geology at the University of Tennessee at Knoxville and the University of Missouri-Rolla (now Missouri University of Science and Technology).   Among his friends Frank was known for the kindness and concern he showed to all God’s creatures. His love for animals, neighbors and friends was unconditional.  He was always willing to pitch in and help in every situation.  Frank’s scientific work mainly focused on the geology and geochemistry of shales, carbonate rocks (limestone and dolomite), and lead, zinc, and copper deposits. Among the professional organizations to which Frank belonged are the Geological Society of America, the American Association of Petroleum Geologists, SEPM, the Society of Economic Geologists, and the Missouri Academy of Science. He was a registered geologist in both Tennessee and Missouri. Frank was very adept at field geology and enjoyed the travel associated with his profession. He also enjoyed helping and advising aspiring young geologists. Frank was widely respected in his profession and contributed significantly at national and international meetings and to the scientific literature. For this he won a number of awards for the excellence of his scientific work.  Frank was a member of the Salem Avenue Baptist Church in Rolla and was active in the Sons of American Revolution and the Rolla Friends of the Library.  Frank will be missed by all of his friends and colleagues.

Funeral services will be held 10:00 a.m. Tuesday, June 21, 2022 at the Rose-Neath Funeral Home, 2500 Southside Dr., Shreveport, Louisiana.  Visitation will be held from 9:00 a.m. to service time.  Burial will be in the Trinity Cemetery.  Contributions are suggested to Sons of the American Revolution.

To order memorial trees or send flowers to the family in memory of Francis Chandler Furman, please visit our flower store.
Send a Sympathy Card