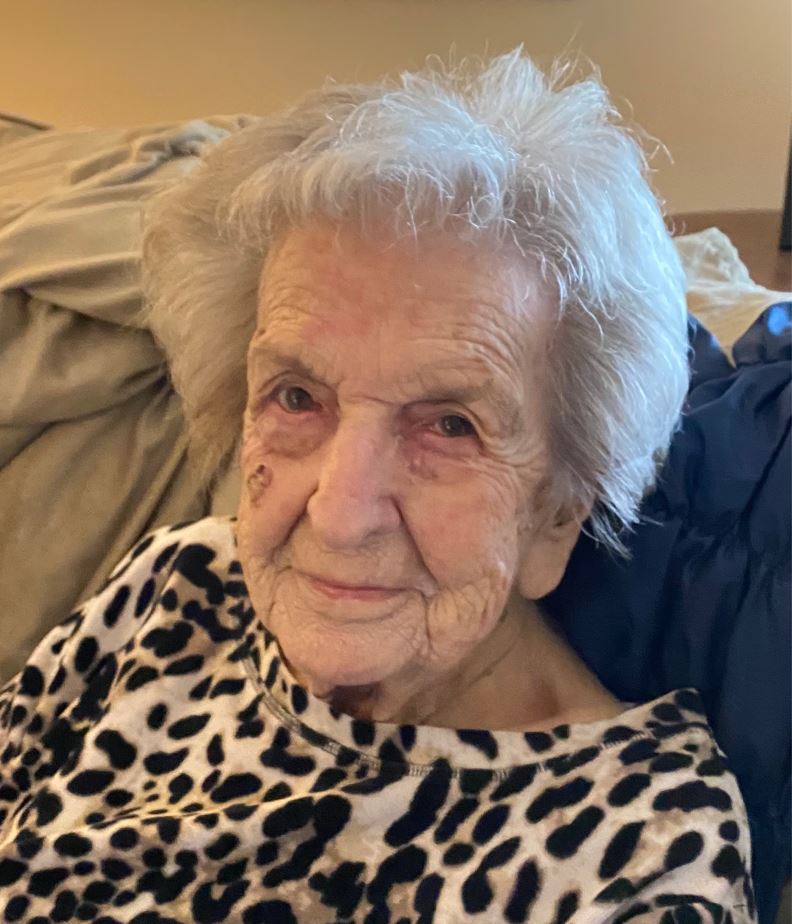 Services for Esther May Small, 103, will be held Saturday, October 9, 2021 at 10:00 a.m. at First Baptist Church of Logansport in, Logansport, Louisiana. Officiating the service will be Reverend Shawn Thrapp. Esther was born on May 8, 1918 to Calvin Chambers and Ida Hogan in Renfrew, Pennsylvania and entered into eternal rest on Sunday, October 3, 2021 in Logansport, Louisiana. Esther was a resident of Logansport and worked as an enforcement officer for the humane society and the J.S. Mitchell Bus company in Beaver County, Pennsylvania for many years. She was a volunteer for many organizations, such as the Desoto Parish Library in Logansport, the Ladies Auxiliary of Logansport, and the Logansport Volunteer Fire Department. In her spare time, Esther could often be found playing bingo, reading and crocheting. She was a genuinely kind soul and her memories will be forever cherished. Esther was preceded in death by her parents; husband, Theodore Small; stepson, Ted Small; stepdaughter, Gloria Yeager; sisters, Bobbi Chambers and Dorothy Casper, and her brothers Gene Chambers and Bus Chambers. She is survived and remembered by her son, Chuck Small and wife, Dana; nieces, Donna Jean Casper, Jeannie Harris, Honey Jean Conners and her nephews David Casper, Keith Chambers, Tim Chambers and Todd Chambers. The family would like to express special thanks to Esther's friend and caregiver, Mrs. Lynn West. In lieu of flowers, the family would ask that any donations be made to First Baptist Church of Logansport, The Friends of Logansport Library, or to The Juaquin Senior Center, PO box 567 Juaquin, Texas 75954.
To order memorial trees or send flowers to the family in memory of Esther May Small, please visit our flower store.
Send a Sympathy Card