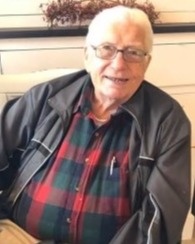 Edward Allen Tesnow entered into eternal rest on Saturday, September 24, 2022. Ed was born to John and O’Tillie Tesnow on April 27, 1936 in Hancock County, Ohio. After graduating from high school, Ed entered into the military, serving eight years in the United States Air Force. He was stationed at BAFB, attaining the rank of Staff Sgt. Following his military service, he began a long career at Western Electric where he served as Maintenance Supervisor.

Ed was faithful to his job but his first love was his family. He was preceded in death by his parents; brothers, Ervin, Emil (Ike), Alvin, Harold, Charles (Bud), Harvey, Paul; and sister, Clarice Alexander. He was also preceded in death by his first wife, Martha Moore Tesnow. Ed is survived by his wife of 46 years, Sandra Ray Tesnow; and his five children, Melanie Tesnow of Shreveport, David Bottoms (Deanna) of Bossier City, Dan Tesnow (Melissa) of Minden, Cathryn Keller (Wes) of Keithville, and Michael Bottoms (Paula) of Stonewall. “Papa” is also survived by 11 grandchildren and seven great-grandchildren; and a host of nieces and nephews.

Ed was a faithful member of Summer Grove Baptist Church for over 50 years and enjoyed golf, gardening, and repairing anything that needed attention, whether for himself, family or members of his church.

Ed lived simply, loved deeply, and will be missed by all those who were honored to call him friend.

Services will be held on Friday, September 30, 2022 at 10:00 a.m. in the chapel of Rose-Neath Funeral Home, 2500 Southside Dr., Shreveport, Louisiana. Burial will follow at 12:00 p.m. at the Northwest Louisiana Veterans Cemetery in Keithville, Louisiana. A visitation will be held Thursday, September 29, 2022 from 5:00 p.m. to 7:00 p.m. at the funeral home. Officiating the service will be Dr. Murry Hodge.

In lieu of flowers, the family requests that memorials be made to the chest of Joash Fund at Summer Grove Baptist Church.

To order memorial trees or send flowers to the family in memory of Edward Allen Tesnow, please visit our flower store.