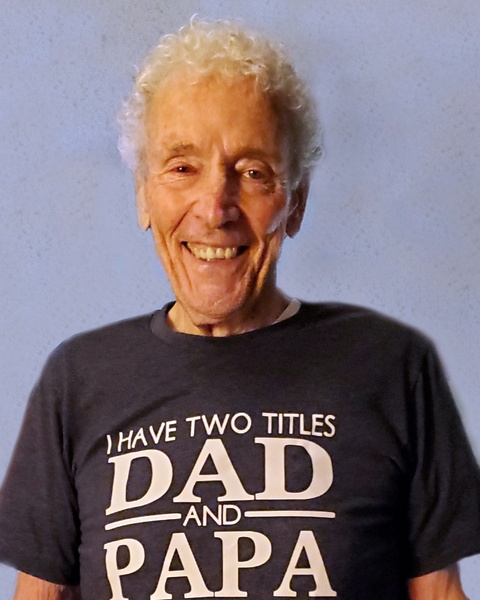 Duane Gordon Kimball was born in August 1933 to Gordon Guy and Gertrude Quiser Kimball. He transitioned into Heaven on Saturday, June 4, 2022. Duane grew up in Mahnomen, Minnesota. He excelled in football and drama in school and often spoke fondly of his childhood friends. Duane worked in his father's body shop, learning a skill that served him his whole life. In high school, he was known as "the body man“ and sometimes he works on cars.

Duane spent 22 years in the Air Force, retiring as a Senior Master Sergeant. He received many honors throughout his career, including the Bronze Star. He refused the Purple Heart because of the tragedies that he witnessed in Viet Nam. Too many buddies were severely injured or killed. He thought of his experience as nothing by comparison.

Shortly after retirement, Duane went to work at the Louisiana Technical College, aka Vo-Tech, teaching Collision Repair – the trade taught to him by his father. When Duane began working as an instructor, there was not a formal curriculum. He developed the curriculum for the Collision Repair course which was implemented throughout the state of Louisiana. Duane taught at the Vo-Tech for almost 30 years. In addition to his tenure at Vo-Tech, Duane taught I-CAR certification classes throughout the state to those already in industry. He was inducted into the I-CAR Hall of Fame before retiring. He was very active in the local collision repair community, known as Mr. K by most. He was so very happy and honored when his son, Chris, continued his legacy of teaching Collision Repair.

Duane was active in Immanuel Lutheran Church in Bossier City, LA. He loved singing in the choir and teaching Sunday School. His faith in Jesus sustained him throughout his life in difficult and joyous times.

He is survived by the love of his life, Lisa Kimball. He is also survived by four children, Colin (Susan), Annelisa, Christina (Michael), and Christopher (Melissa); eight grandchildren, Craig, Catherine, Jonathan (Lexi), Randi, Taylor, Abigail, Emma, and Jack; two great-grandchildren, Luke and Levi; brother, Scott (Pam), sisters, Helen, JoAnn and Beverly, his brothers-in-law, Richard (Elizabeth) and Todd (Sarah); and a host of nieces, nephews, plus friends who were called family. If you are one of those friends, you know who you are.

Duane created a rich legacy within his family. He loved the Lord and led the family by example, teaching his children and grandchildren how to love and serve others and the value of hard work. He was known by many names, the most cherished being Papa. Duane had a warm, loving, and generous heart. He loved physical work  – using a chain saw, chopping wood, and cutting grass on his riding lawnmower (except when he flipped it on the hill). He loved his very special companion, Phoebe, his big boxer. She sat in his lap every chance she got. She sat by him at the dinner table, confident that he would sneak her a bite or two or ten of his food. He loved a great steak, a good beer (occasionally), and a good joke. He had lots of Kim-isms that were not appropriate for printing but those 'isms live on. They are often quoted by the family and, most likely, a lot of his former students.

A special thanks to Lindsey Fortenberry Rodgers and Lorna Moore at Providence Primary Care, the medical team at Christus Highland, the staff at Kindred Home Health, and the staff at Regional Hospice for their kind and compassionate care. A special thanks also to the family's wonderful neighbors who have helped in so many ways. You are loved.

A Graveside Service will be held at 10:00 a.m., Saturday, June 11, 2022 in Rose-Neath Cemetery on Swan Lake Road in Bossier City, LA. Officiating the service will be Reverend Christopher Yeager of Immanuel Lutheran Church.

We love you, Duane Kimball. Thank you for sharing your life with us. Until we see you again...

To order memorial trees or send flowers to the family in memory of Duane Gordon Kimball, please visit our flower store.