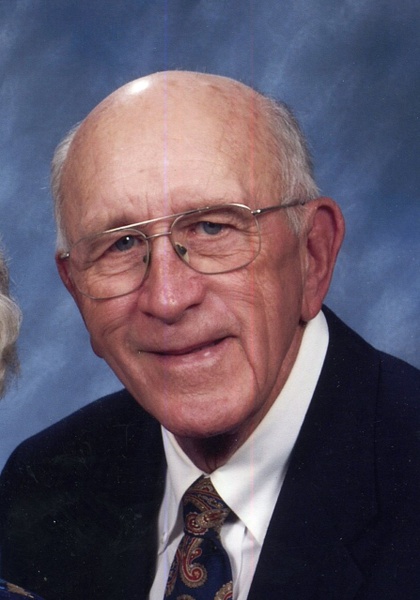 Funeral services for Marion Duane Brown of Homer, LA, will be held on Sunday, April 10, 2022, at First Baptist Church of Homer, Louisiana, at 3:00 p.m. Visitation with the family will begin at 2:00 p.m. Interment will follow at Arlington Cemetery in Homer. Duane passed away after a brief illness on Tuesday, April 6, 2022, at the age of 92 surrounded by his devoted family. Duane was born to Harvey and Jewel Lee Brown on February 26, 1930, in Summerfield, Louisiana. He was the oldest of five boys and lived on "the old home place" near grandparents, aunts, uncles, and many cousins. On June 6, 1954, he married Claire Baird of Homer, Louisiana. Their first home was in Haynesville, Louisiana, where all of their children were born - Pat, Paula, and David. After the loss of Claire's father, Sam Baird, the family moved to Homer so they could be close enough to care for Inez, Claire's mother. They enjoyed 64 years of marriage before Claire's passing in 2019. Duane was a graduate of Homer High School. After graduation, he went to work in the oilfields, first as a roughneck, and then for Halliburton Services in Haynesville, Louisiana. He worked in every capacity for Halliburton, starting at the lowest rank of bulk truck driver, moving up to cementer, drill-stem tester, and field supervisor. He retired after 35 years - all spent at the Haynesville location - as Assistant District Manager. Spending a life in the oilfield didn't allow time for the development of hobbies, so upon retirement, the work just continued. The only thing that changed was the location. He finally had time to spend with his first love - the family farm. He spent time raising cattle and horses, growing hay, mending fences, etc. In fact, so much time was spent there, he had Robert Earl Smith build a cabin at the farm so Claire had a place to hang out and "watch" the work - which just happened to be her favorite pastime! Duane was preceded in death by his wife and parents; brothers, Leo, Shelton, Delton, and Paul; sister-in-law, Margaret Brown; and niece, Donna Brown Bass. Left to cherish his memory are his son, Pat Brown and wife, Vicki, of Benton, LA; daughter, Paula Toney and husband, Kent, of Haynesville, LA; son, David Brown of Cypress, TX. He is also survived by his grandchildren, Derek Toney, Ryan Brown, Matt Brown, Reid Brown and wife, Lindsey, Mindy Edwards and husband, Jasper, John Brown and wife, Natalie, Catee Ellerbe and husband, Roger, Ross Brown and wife, Jade. His latest blessings were his 14 great-grandchildren, Calvin Brown, Miller Toney, Madden Edwards, Deacon Brown, Caelyn Brown, Miles Toney, Adleigh Brown, Rowan Brown, Emery Edwards, Cameron Grace Brown, Luke Brown, Cameron Alexander Brown, Clayton Brown, and Elaine Brown. Sisters-in-law surviving him are Anita Brown and Molly Brown; and nieces, Debbie Best, Ann Tidwell, Sherry Hauser, Mary Atkins, and Melissa Sparkman. The family would like to offer a special thanks to his dear friends and neighbors, Mary Kate and Neil Tubb; Sam Dowies and the Claiborne Parish Sheriff's Department; his cook, Lula Daniel; his nurse, Bridgette Kleman; Dr. Clint Butler, Dr. Sam Abshire, and Dr. David Tyler; Dr. Nelson Philpot and other members of his Sunday School class; and Hunter & Joe Heckel for their frequent visits. Pallbearers are his grandsons, Derek Toney, Ryan Brown, Reid Brown, Ross Brown, Matt Brown, John Brown, Jasper Edwards, and Roger Ellerbe. Honorary Pallbearers are members of Dr. Nelson Philpot's Sunday School Class. In lieu of flowers, donations may be made to Homer Arlington Cemetery Association, PO Box 161, Homer, LA 71040. The Apostle Paul's words in 1 Thessalonians 4:11-12 vividly describe the life of Duane Brown: 11make it your ambition to lead a quiet life: You should mind your own business and work with your hands, just as we told you, 12 so that your daily life may win the respect of outsiders and so that you will not be dependent on anybody.

To order memorial trees or send flowers to the family in memory of Duane Brown, please visit our flower store.