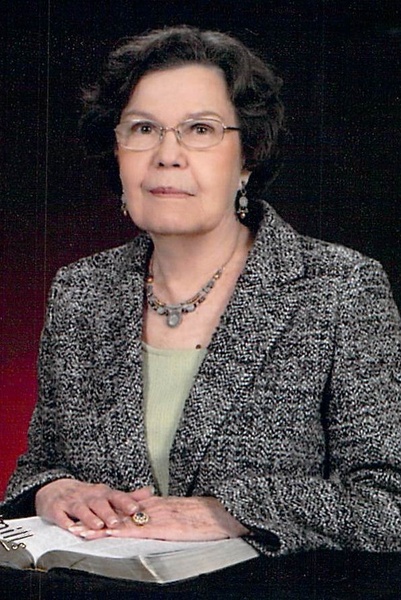 Dorothy Margret Ferguson, 92, of Shreveport, passed away peacefully on March 29, 2022. Visitation will be held at Kilpatrick's Rose-Neath South Funeral Home on Friday, April 1, 2022 at 10:00 a.m. to 11:00 a.m. Following the visitation, a service will be held and burial will proceed at Forest Park West Cemetery on Meriwether Road. Dorothy was born on May 5, 1929 in Zwolle, Louisiana to John Lee Ferguson and Edna Lucia Leone Ferguson. She was diagnosed with polio as a young child and was blessed to be a survivor after spending a long period of time at Shriner's Hospital. She attended Zwolle High School where she graduated as Salutatorian with several college offers. Dorothy left Zwolle in 1947 for Shreveport with $5 and big dreams where she stayed with friends and began her first job in a garment factory. Dorothy worked at the Shreveport Times, now known as Gannet, where she began her career there in 1951 and climbed the corporate ladder until she retired in 1992. Dorothy was a devoted member of Cathedral of St. John Berchmans in Shreveport. She was very active in her church and for years she set up the alter every weekday to prepare the church for early Mass. Dorothy enjoyed gardening with her flowers and plants, and was known to have a green thumb. She was a wonderful cook who loved experimenting with new recipes from Julia Child. She was also a skilled seamstress. She was passionate about cross-stitching, reading books, working crossword puzzles and bird watching. Dorothy was known for her grace and style by many. She enjoyed dining at Chianti Restaurant with her brother and reminiscing with a glass of red wine. She was also an avid Dallas Cowboy fan. Dorothy was preceded in death by her parents, John Lee Ferguson and Edna Lucia Leone Ferguson; brothers-in-law, John Gillen, Barney Finley, and Charles McBride; and sister-in-law, Ruby Jo Ferguson. She is survived by eight siblings: Morris Ferguson and wife, Frances, Helen McBride, Johnny Ferguson, Shirley Finley, Peggy Gillen, Earl Ferguson and wife, Elizabeth, Dennis Ferguson and wife, Nell, and Larry Ferguson; sister-in-law, Maureen Ferguson; as well as many nieces and nephews, many of whom she was Godmother; and her longtime friend, Laverne Harris. Pallbearers will be Jason Ferguson, Justin Ferguson, Courtney Gillen, Ronnie Gillen, Heath Knefely, Justin White, Keith Saffel and Ryan Saffel. The family would like to sincerely thank the staff of The Chateaus at Montclaire, Amber and Katie of Southern Hospice, and a special thanks to Dr. Abdehou, who treated Dorothy since the diagnosis of her Alzheimer's disease.
To order memorial trees or send flowers to the family in memory of Dorothy Margret Ferguson, please visit our flower store.
Send a Sympathy Card