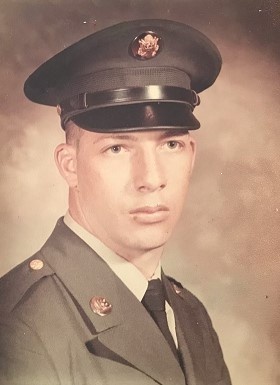 Graveside services honoring the life of Don will be held at 2:00 p.m. on Saturday, April 2, 2022, located at Zwolle Cemetery in Zwolle, Louisiana. Officiating the service will be Very Reverend Keith Garvin. Don Owen Byers, born January 22, 1950, went to be with his Lord, March 23, 2022, after succumbing to injuries sustained in a traffic accident. Don, also known affectionately as Owen, Big O, and most commonly \"Potty\" was preceded in death by his father, Carl F. Byers and his mother, Gladys Maines Byers. He is survived by his older brother, Lloyd Byers and wife, Connie; and his younger sisters: Sherry Byers, Rhonda Byers Lee and husband, Tommy, and Anna Byers. He had nephews and a niece: Wendy Byers Nave of Roanoke, VA, Justin Byers of Shreveport, LA, Carl Sepulvado of Deridder, LA, Dustin Sepulvado of Zwolle, LA, and Austin Sepulvado of Zwolle, LA. He also had great nephews, Kash Sepulvado, Jax Byers, Riley Byers, and Henry Nave, along with great nieces, Sophia Sepulvado, Millie Nave, and Sadie Byers. Growing up in Zwolle, Don was a member of the Boy Scouts, he performed acrobats on the trampoline between games at some Zwolle basketball tournaments, and he was an excellent second base ball player for the Zwolle Little League. One year his team ended the season with 19 wins, 1 loss and 1 tie. Their last game that year was played in Pineville, TX where Don scored the only run off a double hit by Pat Boudreaux. In 1967 Don was drafted into the United States Army. After basic training at Fort Polk, LA and artillery training at Fort Bliss, TX, he went on to serve honorably in Vietnam receiving an Army Commendation Medal. Having been released from the army, Don spent many years working as a tower operator offshore. After a self-imposed \"retirement\" he moved back permanently to the Bayou Scie area to help care for his mother. He was with her when she passed away. He was a proud member of the VFW and The Sons of the Confederacy. Having grown up in the traditions of the Methodist church, \"Potty\" was a believer in God and Jesus Christ to whom we have reluctantly released his soul. Honoring Don as pallbearers will be Dustin Sepulvado, Carl Sepulvado, Austin Sepulvado, Justin Byers, Danny Mouser, Bill Elliot, Larry Wayne Rivers, Sylvester Martinez, Pat Boudreaux, and Rodney Campbell.
To order memorial trees or send flowers to the family in memory of Don Owen Byers, please visit our flower store.