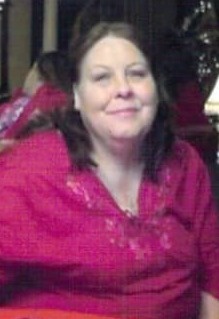 Those left to cherish her memory are her husband of 20 years, Henry Goudeau, Sr. of Cottonport; daughter, Amy McKay of Hessmer; step-son, Henry (Amanda) Goudeau, Jr. of Glenmora; sister, Joann Daigrepont of Marksville; brothers, Bruce McKay of Marksville, Gary (Cindy) McKay of Fifth Ward, and Emile McKay of Hamburg; grandchildren: Addison Warren of Hessmer, Abby Warren of Hessmer, and Conner Goudeau of Glenmora. She is also survived by 6 nieces, 4 nephews, and a host of family and friends. Those honored to serve as pallbearers include: Keith Gaspard of Cottonport, Henry Goudeau, Jr. of Glenmora, Keith Warren of Hessmer, Roger Franks of Deville, Cody Dukes of Centerpoint, and Bobby Dupont of Bunkie.

Kilpatrick’s Rose-Neath Funeral Home have been entrusted with funeral arrangements.

To order memorial trees or send flowers to the family in memory of Darlene McKay Goudeau, please visit our flower store.