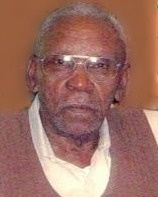 Clifton Dominick, Sr., age 96, passed away on Tuesday, October 11, 2022 at the Colonial Nursing Home in Marksville.

To order memorial trees or send flowers to the family in memory of Clifton Dominick, Sr., please visit our flower store.