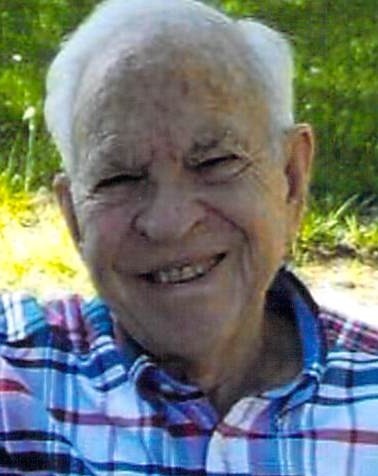 A graveside service for Clifford "Cliff" Charles Burgess, 94, will be held on Thursday, April 28, 2022 at 11:00 a.m. at Forest Park East Cemetery, 3700 St. Vincent Ave., Shreveport, Louisiana. Officiating the service will be Pastor Carl Rhoads of First Methodist of Shreveport. Cliff was born on July 24, 1927 in Denver, Colorado to Clifford and Margaret Burgess and passed away Sunday, April 24, 2022 in Shreveport. Cliff enlisted in the Navy in 1945 and served in the Philippines. After returning home, he married Virginia Wilson on May 20, 1950. He graduated from the University of Mississippi in 1951, then went to work for Arkla Gas in 1952. Cliff was a resident of Shreveport and worked as a Landman in the Oil and Gas Industry before retiring. When he retired from Arkla in 1985, he started his own oil and gas company, Trilobite Exploration. After his second retirement, he played golf, did oil painting, and travelled. Cliff was a wonderful husband, father, grandfather and great-grandfather to his entire family. He was blessed to have been a part of two loving and wonderful marriages. His children were born into a very loving home and both had blessed childhoods. His second family especially expressed what a loving, caring and wonderful man and friend he was. He will be tremendously missed by his family, all who knew him, and all those he touched during his life. Cliff is preceded in death by his parents; first wife, Virginia Burgess; and great-grandson, Scout Pylant. Left to cherish his memory is his second wife, Janet Burgess; daughter, Betsy Pylant (Bud) of Ruston, Louisiana; son, James Burgess (Debbie) of The Woodlands, Texas; stepson, Michael Morrison (Suzanne) of Elm Grove, Louisiana; six grandsons and seven great-grandchildren. The family suggests memorials may be made to First United Methodist Church, 500 Common St., Shreveport, Louisiana 71101.
To order memorial trees or send flowers to the family in memory of Clifford Charles Burgess, please visit our flower store.