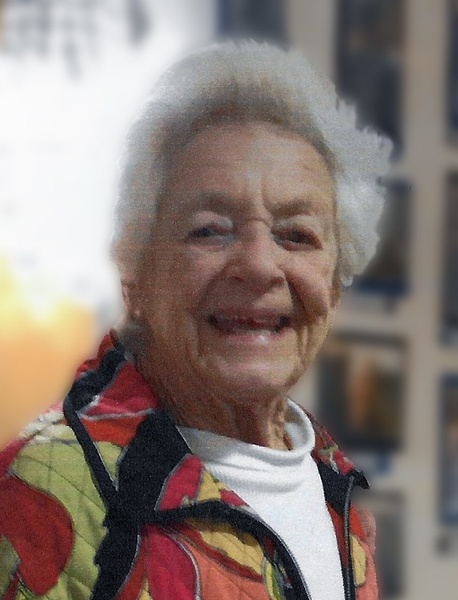 Clare Gompertz Maisel passed away peacefully in her sleep at Montclair Park Assisted Living in Shreveport, Louisiana, Friday, April 1, 2022 at the age of 92.

Clare was born in Glasgow, Scotland in 1929 and came to the United States in 1940 at the beginning of World War II. She was accompanied by her mother and twin brother, Anthony Gompertz. Clare earned her Bachelor of Arts and Master of Education from the University of Texas and became a professor at the University of Tennessee at Knoxville for several decades. After she retired, she moved to Shreveport to be close to her daughter. She was active in both communities with the tennis world and became a tennis coach. Clare also volunteered with Habitat for Humanity, Meals on Wheels, and the Shreveport Interfaith Pharmacy. She was involved as a volunteer with both the Knoxville and Shreveport Police Departments and with the Jewish Community in both cities. Clare was a huge fan of the University of Tennessee baseball, basketball and football teams and, after moving to Louisiana, became an LSU fan (unless they were playing the Vols).

Left to cherish her memory are daughter, Deborah Caminker and husband, Rod Owen of Shreveport, LA; son, Bryan Maisel and wife, Stephanie of Dauphin Island, AL; four grandchildren, Rachel Robichaux and husband, Tom, Sarah Weiss and husband, Matt, Leah Caminker and Sloane Parker and husband, Hank; several great-grandchildren; and numerous nieces and nephews. She so fondly remembered her grandson, Alexander Maisel after he passed. She is also preceded in death by her brother, Anthony Gompertz.

The family would like to express special thanks to Dr. Scott McRight, the staff of Lifepath Hospice and the many CNAs at Montclair Park Assisted Living for their care and compassion. At Montclair Park, Dr. David Abdehou lovingly gave her the title, Mayor of Montclair, because of her wonderful outgoing personality. They are especially grateful to Linda McNeil for the help and love she gave to Clare these last difficult months. Juanita from Lifepath Hospice was also a great help and a good friend to Clare.

There will be no funeral or memorial service at Clare's request and the family asks for privacy to grieve.

In lieu of flowers the family suggests donations may be made to B'nai Zion Congregation, 245 Southfield Dr., Shreveport, LA 71105 to the "Henry S. Jacobs Camp".

Mom - thank you for the wonderful childhood memories and the fine upbringing, wisdom and legacy the you have left us.

To order memorial trees or send flowers to the family in memory of Clare Maisel, please visit our flower store.