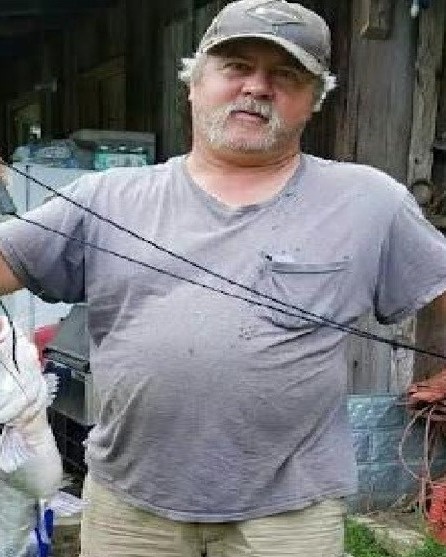 Chris was born April 8, 1964, in Shreveport, Louisiana and entered into rest October 9, 2022, in Taylor, Louisiana. Chris moved to Taylor, Louisiana in 1971 when he was 7 years old. He graduated from Cedar Creek in 1984. He was a faithful member of Taylor Baptist Church, dedicating his life to the Lord in 1983.

Chris was a very caring and devoted brother to his sister, Celeste, whom he loved with all his heart. Chris was an avid hunter, especially deer and turkey. He enjoyed raising chickens and working in his garden. He loved to travel as often as he could and he enjoyed watching Perry Mason, Clint Eastwood, movies and eating M&M’s.

Chris was a hard dedicated worker. He worked for Taylor Water Treatment Plant for 15 years, Grover Jones, and Walmart for numerous years. At the time of his passing, he was actively employed with Fibrebond in Minden, Louisiana, having been there for 14 years.

He is preceded in death by his mother, Margaret Blank, brother, Kevin Blank, grandparents, Charlie and Mary Lee Miles, and John and Lottie Blank.

He is survived by his sister, Celeste Blank; good friend and hunting buddy, Bobby Reno; friends, Michael Douglas and T.T. Blackwell, and other friends and co-workers.

Celeste would like to thank the Neal Copeland family for their assistance at the time of Chris’s passing.

To order memorial trees or send flowers to the family in memory of Christopher "Chris" Charles Blank, please visit our flower store.