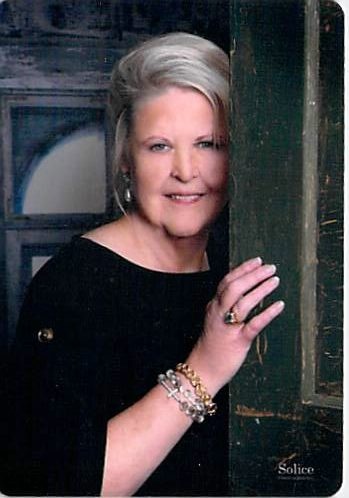 Charlotte Wray Hood Coile, a beloved mother, sister, and friend, entered eternal rest on April 23, 2022 at the age of 79 following a short illness. She was born January 25, 1943 to Obie and Nila Hood in Springhill, Louisiana. Charlotte graduated from Springhill High School in 1961 as an honor graduate. She went on to attend Northwestern State University in Natchitoches where she earned a Bachelor of Science degree in May of 1965. Charlotte worked as a microbiologist at LSU Health Science Center in Shreveport her entire career. She married her love, Douglas Wayne Coile on November 23, 1966. Together, they adopted Michael Wayne Coile in December of 1984. Michael was the light of Charlotte's life. Her hobbies included reading, learning, and arts and crafts. Travel was always a passion of Charlotte's, in addition to spending time with family. She was always ready for a new adventure. Upon retirement, she often traveled with friends from Summer Grove Baptist Church. Charlotte's faith was very important to her and she often shared the love of Jesus through her kindness. Left to cherish her memory are her son Michael Wayne Coile, wife Darla and grandson Mac. Sister, Betty O'Glee and husband Clint, brothers David Hood and wife Barbara, and Kenneth Hood. Charlotte is also survived by nieces and nephews that she loved as her own, Russ O'Glee, Amy Hixson and husband Mark, Lori Michalsky and husband Chad, Michael Hood and wife Maranda. Great nieces and nephews: Avery, Emery, and Caden Michalsky; Madalyn, Isabella, and Joshua Hixson; Raelynn Hood. Charlotte was preceded in death by her husband Douglas Wayne Coile, parents Obie Eugene and Nila Wray Lloyd Hood. Pallbearers will be Russ O'Glee, Timothy Gray, Scott Gray, Mark Hixson, John Todd McDaniel, Leonard Moerer, Cole Horton, Michael Hood. Visitation will be Thursday, April 28 at 10am, with funeral service following at 11am officiated by Trey McGuire at Rose-Neath Funeral Home in Bossier City, Louisiana. Burial will take place at Plain Dealing Cemetery in Plain Dealing, Louisiana. In lieu of flowers, the family requests donations to the ALS Association or the American Cancer Society.
To order memorial trees or send flowers to the family in memory of Charlotte Wray Coile, please visit our flower store.