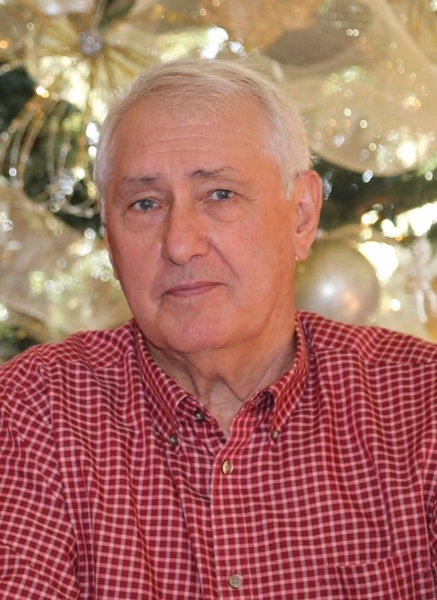 Charles Lester Pilcher, 84, of Many died at his home Sunday, Feb. 13, 2022, surrounded by his family. Services will be at Rose-Neath Funeral Home of Many at 11:00 a.m. Wednesday, Feb. 16. Graveside services will follow at Beulah Cemetery. The family will receive visitors from 5-9 p.m. Tuesday, Feb. 15 at the funeral home. Charles was born Aug. 26, 1937, in Rodessa, the oldest child of Henry Lester Pilcher and Esther Lopez Pilcher. He attended Alliance School as a youngster and graduated from Negreet High School in 1955. Upon completing high school, Charles worked on the pipeline and served in the U.S. National Guard. On July 1, 1961, he married Sarah Walker, also of Negreet, and they shared over 60 years together, settling outside Zwolle and rearing three children. Charles had an extensive career in the oilfield starting in Sabine Parish and working up to become a senior toolpusher / OIM in the U.S., the Gulf of Mexico, the North Sea, the Middle East and South America. He was also a cattleman and spent many years farming in Zwolle and on Recknor Road. He was a 50-year member and past Master of Little Flock Masonic Lodge and member and past president of the El Karuba Sabine Parish Shrine Club where he served as secretary for many years. After retirement, Charles and Sarah took several trips around the country in their travel trailer before building their home at Lanan Bay on Toledo Bend, in the area where he grew up. They became involved in the Toledo Bend Lake Association and made friends with other retirees on the lake. Charles served as a board member of TBLA for several terms and assisted in organizing the Bass Unlimited program for several years. In addition to his parents, Charles was preceded in death by brothers Wayne, Jerry and Stanley Pilcher. He is survived by Sarah, who was his devoted caregiver, and their children, Karla Migues and husband Lonny, Cade Pilcher and wife Tina and Leah Jackson and husband Clay. Grandchildren are Claire Wilson and husband Regan, Joey Migues and wife Katy, Gracyn Migues and fiancé Luke Lowery, Cale Pilcher and wife Heidi, Chas Pilcher, Clayton Jackson Jr. and Walker Roe Jackson. Great-grandchildren are Karly, Joseph, Olivia and Lily Kate Wilson. Also surviving are a brother Jim Pilcher, sisters Bonnie Pilcher and Connie Suazo and a large extended family of cousins, nieces and nephews. Pallbearers will be grandsons Joey Migues, Joseph Wilson, Cale Pilcher, Chas Pilcher and Clayton Jackson and nephew Wade Pilcher. Honorary pallbearers are Kenneth Anderson, Clint Anderson, Shannon Gandy, Billy Guay, Carroll Salley and Bennie Walker. The family wants to thank Paige Procell and Mary Farmer who assisted with Charles' care.
To order memorial trees or send flowers to the family in memory of Charles Lester Pilcher, please visit our flower store.
Send a Sympathy Card