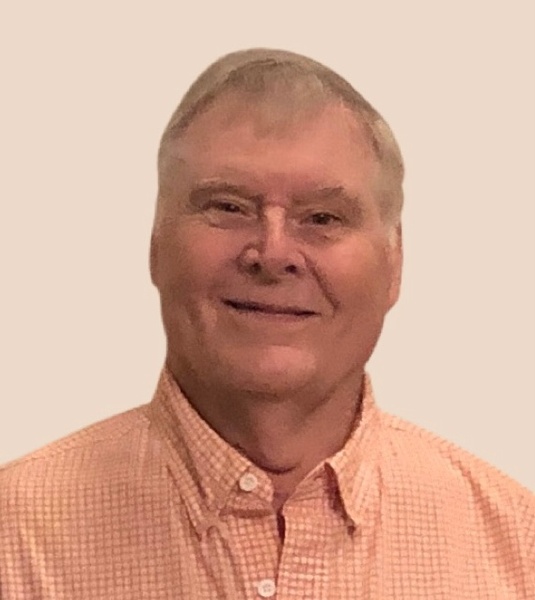 Charles Elliotte Andrews, III, "Charlie," 76, passed from this earth May 11, to receive the gift of eternity promised through his faith in Jesus Christ. Charlie lived life to the fullest, always ready for the next road trip and adventure, especially if it involved hunting and fishing, a festival, or his grandchildren. He grew up in Caddo Heights, working in the family grocery store Andrews Grocery, where he also raised his own family. Charlie was a 1964 graduate of Woodlawn High School. He graduated from Louisiana Tech University in 1969, where he was a member of Kappa Alpha Order and met his wife of 52 years, Marsha Johnson. Charlie was always active in his community and served two terms on the Caddo Parish Commission, but his passion was the outdoors. He owned and operated Cajun Country Duck Hunting Club in the 80's, where he could connect others to his love of hunting, fishing, and cooking. Story telling was a gift he cultivated his whole life, sharing tales of the outdoors, family, and community - sometimes even truthful! Charlie and Marsha left Shreveport for Baton Rouge when Charlie was hired to help start the Louisiana Lottery Corporation, allowing them the chance to further enjoy the culture of South Louisiana. In 2001 they moved to Gibsland to open the Gibsland Grill, which they operated until 2018. Their regulars came not only for the delicious meals but also for the fellowship with Charlie, who welcomed everyone as family. He quickly assimilated into the community and joined Gibsland Lions Club, Jonquil Jubilee Festival Committee, and Mt. Lebanon Historical Society, and he was serving his second term as Mayor of Mt. Lebanon. He was an active member of his beloved church Gibsland United Methodist Church. Everyone who knew Charlie loved him and knew that they were loved by him. His life was well lived, and he will be dearly missed. Charlie was preceded in death by his parents Charles Elliotte Andrews, Jr, and Ruth Ferney Andrews, and his granddaughter Faith Elizabeth Andrews. He is survived by his wife Marsha Johnson Andrews, Gibsland; son Charles Elliotte Andrews, IV, Bossier; daughter Ashley Andrews Stinson and her husband Pat, Benton; sister Betty Andrews Osborn, Shreveport; grandchildren Elliotte Hogan Stinson "Eli," Maggie Elizabeth Andrews, Anna Grace Stinson, and Sarah Christian Andrews; and numerous nieces, nephews, cousins, and beloved friends. Charlie's family will host visitation at Rose-Neath Minden, 5-7PM, Friday, May 13. A celebration of his life will be held Gibsland United Methodist Church, Saturday, May 14, 10AM, with burial to follow at Mt. Lebanon Cemetery. The family asks that memorials be sent to Gibsland United Methodist Church, Mt. Lebanon Historical Society, or Mt. Lebanon Cemetery Association.
To order memorial trees or send flowers to the family in memory of Charles Elliotte Andrews III, please visit our flower store.