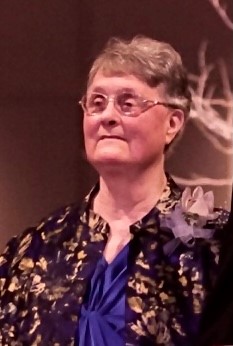 A funeral service for Carolyn "Sue" Mallard, 86, will be held 1:00 p.m. Friday, February 4, 2022 at Rose-Neath Funeral Home, 2201 Airline Drive, Bossier City, Louisiana. Interment to follow at Rose-Neath Cemetery, 5851 Swan Lake Spur, Bossier City, Louisiana. Officiating the service will be Father Fidel Mondragon. Sue was born March 9, 1935 in Enid, Oklahoma to James Earl Oliver and Mary Enoch Oliver and passed away on January 27, 2022 in Bossier City, Louisiana. Sue was a fighter almost from the time she was born. She fought for what she believed, she fought for who she loved, she fought for those who couldn't fight for themselves. As a small child, she was afflicted with Rheumatic Fever which left her in leg braces. She and her family were told that she'd never walk without those braces. Sue had other ideas. One day, while watching her older sister, Mary Lou, playing with their friends outside, Sue got mad. She stood up, tore the leg braces off, and went running after her friends. She never wore the braces again. This pretty much defined her nature for the rest of her life. In 2006, Sue was diagnosed with Coronary Artery Disease and Breast Cancer about two weeks apart. True to her nature, she endured two huge surgeries and radiation treatments and never looked back. Sue was born in Enid, Oklahoma and lived there until her family eventually moved to Pueblo, Colorado. She went to Centenial High School in Pueblo where she was the catcher on the girls Fast Pitch Softball team and was known by the nickname "BeBop". Sue was twice widowed and had the daunting task of raising two sons by herself. Though it certainly wasn't always easy, the task wasn't too large for the fighter that she was. While she definitely was tough, she was also a very loving and generous person. Her working life centered around children, first as a Substitute Teacher and then as a Cafeteria Worker for the Bossier Parish School Board. She often found herself in trouble for feeding children who couldn't pay for their lunches. Eventually, she just bought their lunches herself. She would never let a child go hungry. Sue loved knitting and crocheting, and every member of her family has at least 10 afghans to prove it. The afghans were kind of her area of expertise. Sue was an animal lover and always had either dogs or cats. Often, she had both at the same time. As a child, she once had a pet duck who had a tendency to follow her to school. The teachers weren't very receptive to having a duck in their classes, but the other students were particularly fond of it. Her life was often hard, but it never made her so. She had a tough nature but a deeply loving heart that positively impacted everyone she ever met. Sue is preceded in death by her parents; husbands, Roy Don Bussey, John P. "Jack" Mallard; sister, Mary Lou Barnhill. She is survived by sons, Roy Don Bussey and wife, Cindy, John Mallard; grandsons, Joe Bussey, Paul Bussey and wife, Lindsey, Philip Bussey and wife, LeeAnn; along with four great-grandchildren. In lieu of flowers the family suggests that memorials may be made to the American Cancer Society, 920 Pierremont Road #300, Shreveport, Louisiana 71106.
To order memorial trees or send flowers to the family in memory of Carolyn Sue Mallard, please visit our flower store.
Send a Sympathy Card