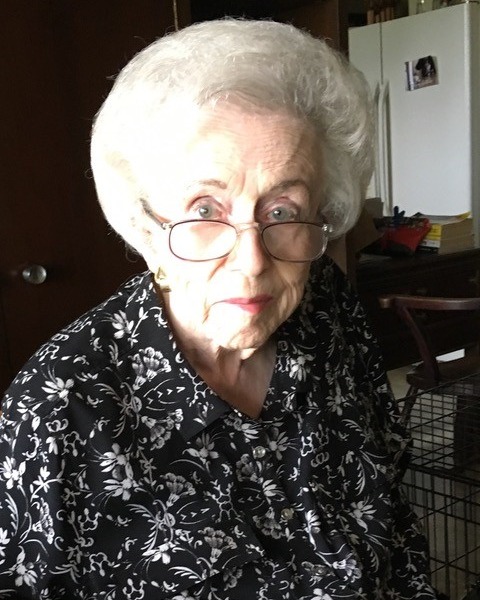 On August 6, 1926, Carolyn was born to Benjamin Jesse Davis and Evelyn Childs Davis in Shreveport, LA. Her family moved during the national depression, but her father built a house for his family in the late 1920s that is still standing on Lakeland Street in Shreveport. Carolyn excelled in school, obtaining the highest marks and winning accolades for her penmanship. After graduating from Fair Park High School, Carolyn moved to Washington D.C. and worked in the Department of Defense at the newly opened Pentagon during World War II. Carolyn had a size 4 shoe and was often found modeling shoes for extra income. Carolyn moved to New York City and worked in several banks. One thing Carolyn always did was save money. She kept a portion from every paycheck she received. Once her money turned into principal, she would tell everyone to never invade your principal, "that is your working money."

In her twenties, Carolyn began working as a stewardess on the train line that ran from New York City down to New Orleans. She enjoyed travel, and this ignited her passion for it. She continued many careers, worked at the Shreveport Journal for years, became her own general contractor, built low-mid income housing, and would self-finance home purchases to upcoming communities.

Carolyn's travel was extensive. She has been to places most only dream of visiting; Carolyn has visited Thailand, Myanmar, Bangladesh, and Nepal. She would find treasures in small shops, Buddhist temples, or anywhere a bargain could be made. She was bit by collecting, and soon she went into full collecting mode.

Carolyn's travel with her former husband, George Khoury, enabled her accession to a whole new section of the world, the Middle East. George worked for Exxon overseas and could speak Arabic, which facilitated the pair access to places others could only dream of seeing. She frequented Lebanon's gold and jewelry markets and even visited Saudi Arabia.

Carolyn focused collecting on creating a History of Dolls, a porcelain collection from Lladro, Cybis, and others that may be found in the American Home. She also enjoyed the wood spirits and gnomes made by J. S. Clark. Lastly, once the Iron Curtain fell, Carolyn traveled to Russia and located the small towns of artisans that created Russian Lacquer Boxes. She commissioned production in the old-world craft style of these artworks.

Carolyn is preceded in death by her parents; her brother, Richard William Davis; and her cousin, Sonny Baker of Jackson, MS. Left to cherish her memory are her nephew, Mark Edward Davis; his two daughters, Kayla Evelyn Davis, Lyla Nicole Davis; nephew, James Ward Davis; niece, Diane Davis Broadwell; and William Greggory Almand. She will be missed by friends, Millie Coleman, Teri Scully, Sandi Smoak, and childhood friend, Albertine Scott. The family would like to thank her caretakers, which many became friends over the years: Sheryl Adams, Ashley Bush, Stephanie Glenn, KK Magee, Connie, and many more.

A memorial service honoring Carolyn’s life will be held at 10:00 a.m., Wednesday, August 24, 2022 at Rose-Neath Funeral Home, 1815 Marshall Street, Shreveport, LA. Visitation will be held Tuesday, August 23, 2022 from 4:00 p.m. until 6:00 p.m. at the funeral home with an additional visitation prior to the service beginning at 9:00 a.m. Interment will immediately follow the service in Forest Park Cemetery, St. Vincent.

To order memorial trees or send flowers to the family in memory of Carolyn Davis, please visit our flower store.