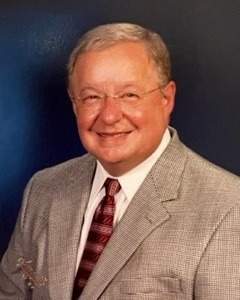 The Rev. Dr. Bruce Howard Edwards, 74, of Shreveport, Louisiana passed away, Sunday, September 11, 2022, following a brief illness, which was predicated by a lengthy health battle. Bruce was born in Rome, Georgia, on November 1, 1947, to Howard Edwards and Henrietta Edwards Wilson.

Known affectionately to many as Brother Bruce, he completed his undergraduate degree at McMurry College in Abeline, Texas. He received a Master of Christian Education degree from Southwestern Baptist Theological Seminary in Forth Worth, Texas; and continued his education at Louisiana Baptist University in Shreveport, earning a PhD in Counseling at the age of 60.

Bruce followed his calling to serve Christ as a minister in churches across Texas and Louisiana for more than 40 years. He was especially adept at creating an inviting and engaging environment that drew others to a genuine understanding of the intrinsic blessings in a relationship with Jesus Christ. Brother Bruce contributed articles to numerous publications throughout his career, served as a Professor of Counseling at LBU and as a consultant for Lifeway Christian Resources. He taught at many conferences on church-related ministries and was celebrated for his creative arts ministries – which included dinner theater, skits, puppetry and ballooning. He also authored, published and produced the stage play, “Screen Door.”

Bruce believed his faith called on him to be the hands and feet of Christ. When HIV/AIDS first emerged, little was known about transmission and those infected were frequently rejected by society. While others turned away, Bruce stepped in to minister to those patients and perform baptisms. He was an encourager to people from all corners of society, pulling them out of their comfort zones to try new and exciting experiences.

He loved to laugh. He had a compelling laugh, one that required you to willingly join in. In his spare time, Bruce enjoyed gardening and listening to music. He was an enthusiast of European history, but more than anything else, as a devoted husband, father and Poppy, he loved sharing time with his family.

Bruce was preceded in death by his parents, and brother, Jimmy Edwards.

A funeral service will be held at 1:00 p.m., Thursday, September 15, 2022 at First Baptist Church of Shreveport, 543 Ockley Drive. Visitation will follow at the church.

The family would like to thank the employees of Heritage Manor Stratmore, the nurses and physicians at Willis-Knighton Pierremont for their loving care and a special thank you to Zach Morton for his care,  encouragement and  understanding. To all who have ministered to and prayed for Bruce over the past seven years, our heartfelt thanks. He loved you all.

To order memorial trees or send flowers to the family in memory of Bruce Howard Edwards, please visit our flower store.