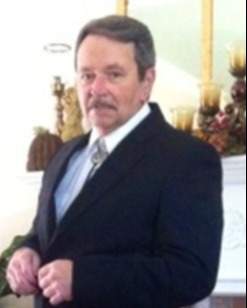 A funeral service celebrating the life of Bobby Allen Womack, 78, will be held at 11:00 a.m. Tuesday, August 23, 2022, at Rose-Neath Funeral Home, 2201 Airline Drive, Bossier City, Louisiana. Visitation will be held from 10:00 a.m. until the time of service. Burial will follow the service at Northwest Louisiana Veteran Cemetery, 7970 Mike Clark Road, Keithville, Louisiana. Officiating the service will be Pastor Harrell Shelton.

Bobby was born December 20, 1943, in Wardell, Missouri, to Harlond Louis Womack and Francis Elizabeth Shaw Womack and passed away peacefully on Wednesday, August 17, 2022, surrounded by loved ones after a 34-year-long battle with heart disease.

Bobby graduated from Wardell High School in 1961. He joined the United States Air Force, where he would go on to serve two tours in Vietnam and spent 24 years serving his country as a Master Sergeant while obtaining a commercial pilot’s license. After retirement from the military, he took a job working for General Motors in Shreveport, Louisiana, where he spent 23 years in maintenance. Bobby enjoyed flying planes and ultralights, playing music with his guitar, and watching his daughter and granddaughters become big rodeo stars. His favorite vacation spot was a cabin at Big Cedar Lodge.

In lieu of flowers the family suggests that memorials may be made to The American Heart Association, http://www.heart.org/, or Vietnam Veterans Memorial Fund, https://www.vvmf.org/giving-to-vvmf/.

To order memorial trees or send flowers to the family in memory of Bobby Allen Womack, please visit our flower store.

Send a Sympathy Card
In memory of Bobby Allen Womack, please consider making a donation to one of the following charities: