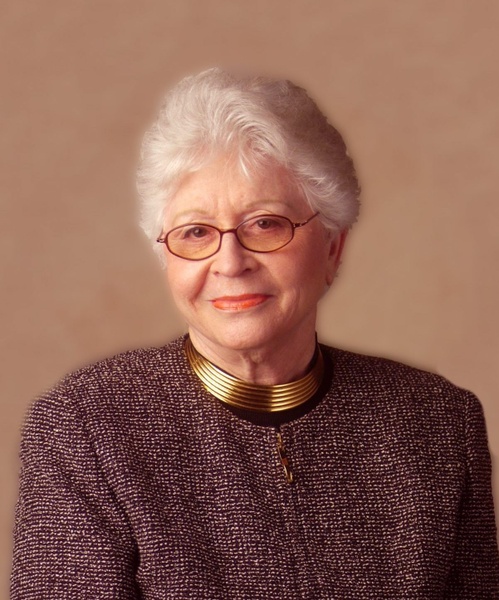 A Graveside Service for Bobbie Cates Hicks will be held at 1:00 p.m., Friday, February 4, 2022 at Forest Park Cemetery on St. Vincent Avenue, followed by a 2:00 p.m. Memorial Service celebrating her life in the sanctuary at First Presbyterian Church of Shreveport, 900 Jordan Street. A reception will be held immediately following the service in the church dining room. Officiating will be Reverend Dr. C. Calvin Reynolds. For those who are unable to attend the service, it will be live streamed through First Presbyterian Church.

A resident of Shreveport since 1952, Bobbie was born on January 10, 1933 in Cass County, Texas. She died peacefully in her sleep at her home on January 31, 2022 in Shreveport, Louisiana.

She is survived by her much loved sister, Patricia Cates Aymond. She adored her "baby sister" from the day she was born. Pat was Bobbie's best friend, confidant, and ally. They had many joyful trips together, often being mistaken for twins. She is also survived by two nieces, Pamela Aymond Delrie and Redonda M. Stover; five nephews, Terry E. Muirhead, Dalton Aymond, Barry Aymond, Michael Aymond and Peter Bridgford; stepdaughter, Katherine Hicks Sale and her grandchildren, Christopher Sale and Catherine Sale Greene; sister-in-law, Belmore Hicks Bridgford; godson, William H. Bronson; goddaughter, Willow Bridgford; and many, many grandnieces, grandnephews, plus a number of great-great-nieces and nephews.

At the time of her death, Bobbie was manager of SAMMO L.L.C., a position she held since Sam's death in 1994. Bobbie was on the founding board of directors of the Oakwood Home for Women, where she served as secretary and director for 17 years. She also served as a board member on the Council on Alcoholism and Drug Abuse. She remained connected with and committed to those organizations until the end of her life. She was a supporter of the Biomedical Research Foundation from its inception in 1986 and served as director and board secretary of that organization. Bobbie had a very special interest and association with the Science Medicine Academic Research Training program (SMART). The students accepted into that program were special to her, and she often followed their progress through college and into their careers in the medical arts. Bobbie never lost interest in her SMART kids for 20 years.

Animal welfare was probably her greatest passion. She was serving on the Board of Directors of Robinson Rescue, a low cost spay/ neuter organization at the time of her death. Bobbie rescued both stray dogs and kittens and found safe home for them on numerous occasions. She loved all animals and was a champion and defender of animal rights. She always had at least two dogs in her life, if not three! She doted on her cherished dogs and spending a day alone with a dog in her lap, reading a book was her favorite indulgence.

Bobbie was an ordained deacon and trustee of First Presbyterian Church, where she was a loyal and devoted member since 1963. Additionally, Bobbie was named "Pilot of the Year" at Louisiana State University in Shreveport in 2007 and was serving on the LSUS Foundation board of directors at the time of her death. The North Louisiana chapter of American Fundraising Professionals named her the Philanthropist of the Year in 2008 and she was a former member of the board of directors of the Salvation Army. Bobbie was a former board member of the National Council of the Metropolitan Opera and served on the board of the Shreveport Opera. She was a Reiki Master and a faithful member of the Saturday morning meditation group at All Souls Unitarian Universalist Church.

Bobbie Hicks loved her adopted hometown and was Shreveport's biggest "cheerleader." She borrowed Sam's theory, "If it's good for Shreveport, it's good for me." Sam often said Bobbie "worked undercover" for the Chamber of Commerce. Bobbie treasured her Shreveport friends, and in her later years enjoyed what she called her "Presbyterian Mafia Women's Group." She maintained close ties with many of her Shreveport friends for over 60 years and grieved for the many that crossed over before her. Bobbie enjoyed a special bond with one of her favorite groups of young male friends who made her laugh and kept her in touch with what was going on with that generation. With them, she was a mother hen, loving and protecting her brood. Thanks to Gregg Flowers, who she always called "her boy", Larry Androes, Brett Josey, Jay Meyers and the late Geoff Parker for filling her life with joy. Bobbie's love of travel and adventure took her to many parts of the world, but she always said coming back to her home and her dogs was the very best part of those travels.

To order memorial trees or send flowers to the family in memory of Bobbie Hicks, please visit our flower store.
Send a Sympathy Card