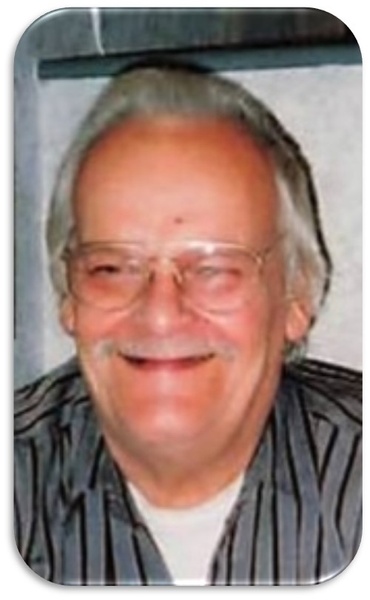 Billy Eugene "Gene" Ezernack, Sr., 79, of Zwolle, Louisiana entered into eternal rest on April 7, 2022. A visitation will be held from 5:00 p.m. until 9:00 p.m. with a rosary to begin at 6:00 p.m. on Sunday, April 10, 2022, at Rose-Neath Funeral Home in Many, Louisiana. Funeral services honoring the life of Gene will be held at 10:00 a.m. on Monday, April 11, 2022, at St. Joseph's Catholic Church in Zwolle, Louisiana. Officiating the service will be Msgr. Earl V. Provenza. Interment will be held in the church cemetery. Gene was born on July 6, 1942, in Shreveport, Louisiana to Abram Ezernack and Lela Roberta Meshell Ezernack. Gene was the most gentle, kind, and compassionate man you ever met. He is to be admired for his will and determination to overcome polio at the age of 9, hospitalized for a long time, then in a full body cast, having to learn to walk again. He accepted his disability and enjoyed and made the best out of life, never letting it stand in his way of completing high school, some college and a long and successful career as a machinist at Texas Instruments in Dallas. He was always smiling and never complained about being in pain. If you asked him how he was doing, his answer was always "Getting by". Gene was soft spoken and never an angry word came out of his mouth. He was a family man who loved deeply and took pride in being husband, father, grandfather and great-grandfather. He was a quiet and humble man who enjoyed and appreciated only the simple things in life-the outdoors and nature, mowing his grass, sitting on the porch enjoying coffee or a coke, or tinkering in his shop. Gene was a natural born mechanic who liked to take things apart to see how they worked and then put them back together. He could fix most anything whether it be an auto, appliance, or anything mechanical. He was an avid NASCAR fan, watched every car race on tv, and owned a large collection of NASCAR memorabilia. He even went as far as marrying his wife, Shirley, in winners circle of Texas Motor Speedway before a crowd of thousands. Gene left his earthly home smiling, to gain his angel wings in heaven, and will be forever loved and missed. Gene was preceded in death by his parents, Abram and Lela Ezernack; brothers, Dalton Ezernack and Gary Wayne Ezernack, and sister-in-law, Elsie Ezernack. He is survived by his wife of 24 years, Shirley Ezernack of Zwolle, LA; sons, Billy Eugene Ezernack, Jr. and wife Vikki of Zwolle, LA, Keith Ladell Ezernack of Shreveport, LA, and Daniel Buckley and Alfred Munguia of TX; daughters, Sherry Lynn Pier and husband Edward of Many, LA, Shelly Dickerson and husband Robert of Many, LA, and Wendy L. Criss of Logansport, LA; brothers, Raymond Ezernack of Noble, LA, Edwin Ezernack and wife Dorothy of Zwolle, LA, and James Ezernack and wife Delphia of Noble, LA; sisters, Glynda Meshell and husband Larry, Sr. of Zwolle, LA and Janice Roberts and husband Alan of Many, LA; sister-in-law, Shirley J. Ezernack; 16 grandchildren and 20 great-grandchildren, along with former daughter-in-law, Sheila Ezernack. Honoring Gene as pallbearers will be Trey Ezernack, Peyton Ezernack, Bailey Ezernack, Edward Pier, Quinton Lopez, and Jacob Jackson. Condolences can be made to the family at www.rose-neath.com
To order memorial trees or send flowers to the family in memory of Billy Eugene Ezernack, please visit our flower store.