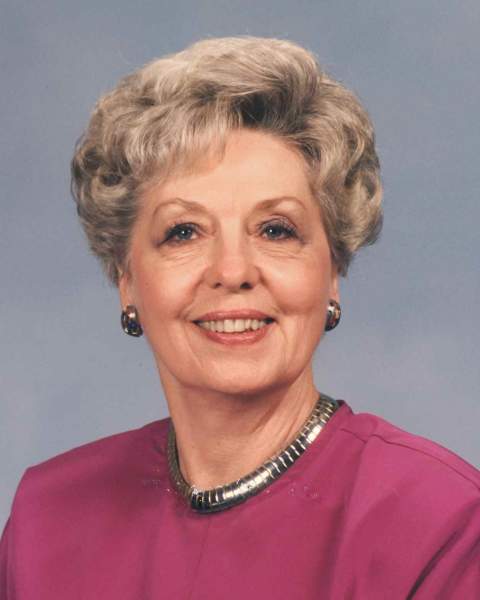 Funeral services for Beverly Claire Gundersen Werntz will be held at Noel Memorial United Methodist chapel, 520 Herndon St., Shreveport, Louisiana, on Saturday, September 10, 2022 at 11:00 a.m. Reverend Ed Dilworth will officiate the service. Visitation will be held prior to the service at 10:00 a.m. until service time in the chapel. Burial will immediately follow the service in Forest Park Cemetery, St. Vincent.

Beverly was born in Oak Park, Illinois, on May 7, 1929, the daughter of Mr. and Mrs. E. O. Gundersen, and passed away on Wednesday, August 31, 2022, at the Glen Village Health following a lengthy illness.  She graduated from Austin High School, where she earned five school letters, and the coveted American Girl award.  She was part of a trio that sang for church programs, school functions, and hospitalized U. S. military personnel.

In 1947, she met her husband Leon E. Werntz, Jr., of Fort Smith, Arkansas at a fishing resort in Minnesota.  They corresponded for four years and were married two days before she graduated from Wheaton College, Wheaton, Illinois in June, 1951.  Beverly and Leon moved to Charlotte, North Carolina, where she taught at Alexander Graham Junior High School.  She was active in St. Paul’s Methodist Church where she sang in the choir and taught in the couple’s class.  Beverly served as a lay speaker in the Methodist church and often spoke in small rural churches that did not have a regular pastor.  She was president of the Foxcroft Garden Club in Charlotte.

In 1962, Beverly and Leon moved to Shreveport, where she was president of the Pierremont Hills Garden Club and served as chairman of the Christian Women’s Club.  She and Leon sang in the chancel choir at Noel Methodist Church for many years.  Beverly loved Jesus and God’s Word.  Because of this, she taught Sunday school in the youth and adult classes at Noel Methodist Church for decades, especially the Mother’s Class  and the Business & Professional Women’s Class.  She taught various Bible classes in homes and led several women’s spiritual retreats.  One of the retreats led to her teaching a Wednesday morning Bible study at Mangum Methodist Church for 20 years.  In 1969, she helped her husband establish Werntz & Associates  where she was involved for many years.  She was the property manager of the Williamsburg Office Center.

Her husband Leon, her parents, and her sister, Carmen Suzanne, preceded her in death.  Left to cherish her memory are her children and their spouses:  Kathy and David Werntz of Shreveport;  Dr. Gary Werntz and Glenn Hunter of Austin, Texas; and Drs. Sharon and Shaw Yount of Winston-Salem, North Carolina.  Also surviving her are her grandchildren and their spouses:  Sarah Martin-Werntz and Dr. Myles Werntz of Abilene, Texas;  Sarah and Cory Crum of Austin, Texas;  Lidia and Evan Werntz of Charlotte, North Carolina; Jenna Yount and Joseph Quiggle of Winston-Salem, North Carolina; and Michaila Yount of Chicago, Illinois. Her great-grandsons are Judah Crum, Eliot Werntz, Josiah Crum and Arthur Werntz.  Many cousins survive her as well.

The family wishes to thank the Glen Retirement community and Lifepath Hospice for their compassionate care.

The family suggests memorials may be made to the Billy Graham Evangelistic Association, 1 Billy Graham Parkway, Charlotte, NC 28201, or www.billygraham.org.

To order memorial trees or send flowers to the family in memory of Beverly Gundersen Werntz, please visit our flower store.