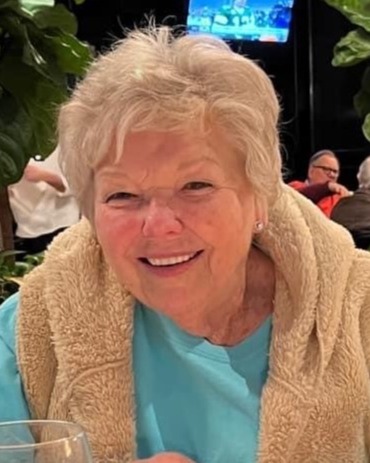 Funeral services celebrating the life of Barbara Jane Kimmer will be held Saturday, October 15, 2022, at 10:00 a.m. at First Baptist Church in Minden, Louisiana with Bro. Leland Crawford and Bro. Steve Gilley officiating. Interment will follow at Gardens of Memory under the direction of Rose-Neath Funeral Home in Minden, Louisiana. The family will receive friends from 5:00 until 7:00 p.m. Friday October 14, 2022, at First Baptist Church.

Barbara Jane Kimmer Robertson passed away on Oct 12,2022 at the age of 81. Barbara or Barbara Jane as she was known by friends and family was born Feb 27, 1941, to Dale and Virginia Kimmer. She was an only child and the apple of her parents’ eye.

She grew up in north Arkansas what her husband would refer to often as “fortieth and plumb” for forty miles out and plumb in the sticks. She married the love of her life Billy Henry Robertson in March of 1958, shortly before graduating from Cushman High School in May 1959. Bill would make good on his promise to take her out of the country and they moved to Magnolia AR where they had their first daughter Beverly in June of 1959. Business was good and they would get the opportunity to move to Minden Louisiana in 1961 to the place they would forever call home. Bill would manage a shoe store and Barbara went to work at Dunham Manufacturing. In 1962 they would welcome their second daughter Brenda to the family. Over the course of the next few years the Robertsons went into business for themselves opening Robertson’s Shoes and The Purple Hippopotamus. In 1982 they made the decision to adopt their son Kyle, together with their two daughters their family was now complete. Later in life Barbara would become a bus driver and ultimately retired from the Webster Pariah School system.

Barbara was active all throughout her life in various groups and organizations from Jaycee Janes, Young Women’s Service Club, St Jude’s volunteer and countless church groups but one of her favorite groups was her Monday Night Ladies group which she would later dub as her Widows group.

She left to cherish her memory her daughter Beverly Waller and husband Mike and son Kyle Robertson, grandchildren, Jenna Smith and husband Lance, Whitney Weeks, Chelsi Brace and husband Ron, Jamison Lewis and husband Keith. Great grandchildren include Trent Harber, Price, Brody and Huck Smith, Axel and Brenlee Brace and Owen Lewis, along with countless extended family and friends. Barbara loved people and never met a stranger. The void she leaves behind cannot be comprehended but her family knows they will see her again when they reunite with her in the Kingdom of God.

To order memorial trees or send flowers to the family in memory of Barbara Jane Kimmer Robertson, please visit our flower store.