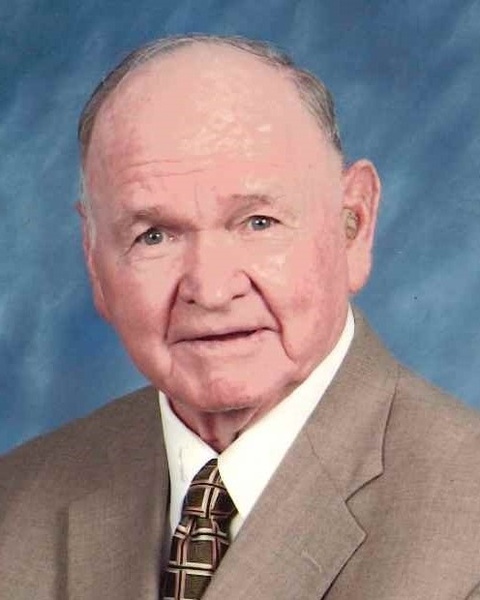 A celebration of life service for Archie Ray Worsham will be held at 11:00 a.m. on Saturday, September 24th at First United Methodist Church Coushatta, Louisiana with Reverend Stuart Sherman officiating. Interment will follow at the Springville Cemetery in Coushatta.

Archie was an outstanding athlete at Natchitoches High School in both football where he was a quarterback and baseball where he was a third baseman. He pursued his dreams of college baseball and football until a throwing shoulder injury side-tracked his career. He continued to pursue his degree at Northwestern State College where he received a Bachelor of Arts in 1956. He then began his career in education. He taught and coached at Coushatta Elementary. He then moved to Coushatta High School where he was a teacher and football coach. He later returned to Northwestern to receive a Master of Education plus 30 hours in 1967. After which, he continued his teaching and coaching career. He later became the Assistant Principal at Springville Jr. High in Coushatta. He was promoted to Principal at Coushatta Elementary where he remained until he retired with thirty years of service in 1987.

Archie joined the Army National Guard in 1949 and became a commissioned officer in 1956. During his military career, he reported to military bases all across the country. He was activated for several natural disasters for the state of Louisiana including Hurricane Betsy. He rose to the rank of Lieutenant Colonel and served as the Assistant Adjutant General for the State of Louisiana and retired with 33 years of service.

Not only did Archie provide years of service in education and the military, he also served his community in a civic capacity and through volunteer work as well as serving on numerous boards and commissions. He taught swimming lessons for years at the Town of Coushatta Pool, he ran the Town of Coushatta Recreation Department, including Little League Baseball and adult softball leagues where he was a coach and umpire; he was active for many years in both Cub Scouts and Boy Scouts organizations. Archie served as a city councilman before being appointed the Mayor of Coushatta and then re-elected mayor three times.

Throughout his career and even after retirement, he loved and served in various capacities at First United Methodist Church Coushatta. He had a love for the outdoors, especially duck hunting with his close friends and family. Archie will be deeply missed by those who knew and loved him.

In lieu of flowers, donations can be made in his memory to his favorite charity the Methodist Children’s Home in Ruston, Louisiana, or the First United Methodist Church Coushatta, or any charity of your choice.

To order memorial trees or send flowers to the family in memory of Archie Ray Worsham, please visit our flower store.