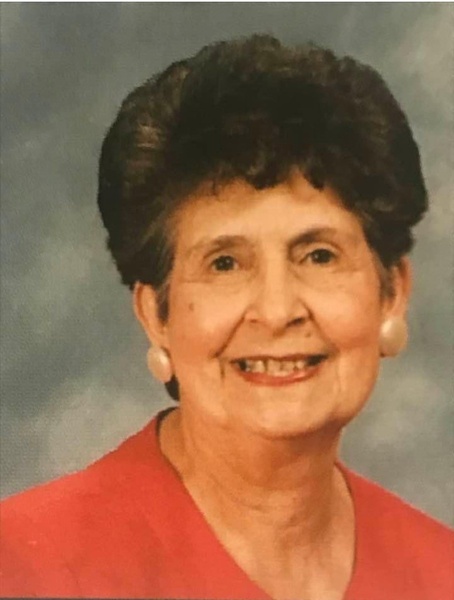 Graveside services for Annie \"Anna\" Mae Herring, 95, of Mansfield, LA will be held Wednesday, April 20, 2022, at 2:00 P.M. at Highland Cemetery in Mansfield, LA. Rev. Toby Shaw will be officiating the service. Anna was born to her Syrian immigrant father and Louisiana mother in Mansfield, LA on November 24, 1926. She entered into rest on Monday, April 18, 2022, peacefully at her residence. Her parents owned a general store, and she spent a comfortable childhood with three sisters. Her only fear during this time was being kidnapped by the gypsies who would visit the store. She married Malcolm Mathis and to this happy union added two beautiful daughters, Cheryl, and Janet. Anna and Malcolm worked for many years together at Brown's Cleaners. But it was during this time of her life that Anna experienced country living. Being a city girl, she developed an extreme fear of birds, and it was a source of much ridicule from us! Nana would eat chicken and turkey, but we had better not show up with a live one! Sadly, Malcolm passed away, but Anna persevered for her girls and her first grandson. Years later, she married the most charming man in Mansfield and embarked on another adventure with Roy Herring. Together, they were the perfect grandparents to the gang of grandchildren who followed. Nana and Papa's house was the place to be, full of love and laughter. Sadly, she lost Roy in 2000 but in typical Nana style - she persevered. However, even though she was an excellent cook, around this time she told us, with a sly smile, her stove was broken so we shouldn't expect much cooking. Never one to sit idle, Anna, retired from the cleaners, took a part-time job at the Desoto Parish Clerk of Court. She learned to use a computer and was responsible for scanning documents for legal record. We were told she could often be found playing solitaire on the computer when she finished her work. The only thing that stopped Nana from working was the pandemic. She worked until 2020 when the rest of the world shut down. If you want to know Nana's secret to living, we are willing to share it now because she taught us. Love God. Love your family. Work hard. Eat plenty of cookies and candy, preferably chocolate. Work crossword puzzles every day. Watch wheel of fortune every day at 6:30. Don't call anyone from 6:30 until 7 because they are busy. Treat others as you want to be treated. Do these things, and, maybe, you too can live independently until you are ninety-five. Anna is preceded in death by her first husband, Malcolm Mathis, her second husband, Roy Herring, daughter, Anna Cheryl Smith, grandson, Samuel Guy, and sisters, Margaret O\'Brien, Inez Hornsby, and Shirley Flemming. Those left to cherish her memory include her daughter, Janet Guy and husband, Randy, and a host of grandchildren, great-grandchildren, nieces, and nephews. Honoring Anna as pallbearers will be Christopher Smith, Peyton Guy, Scott Hall, Brett Cooper, Jared Ruffin, and Brandon Ruffin. Honorary pallbearers will be Jonathan Smith and Eric Hall.
To order memorial trees or send flowers to the family in memory of Annie Herring, please visit our flower store.