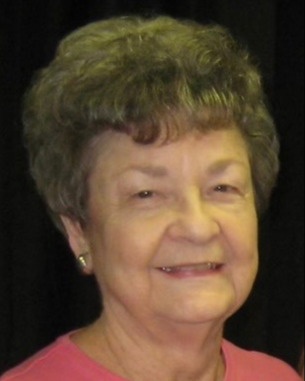 On Tuesday, October 5, 2022, Alice C. Allen, loving mother and grandmother, passed away at the age of 95 in Shreveport, LA.  Visitation will be Sunday, October 9, 2022, at 1 pm at Rose-Neath Funeral Home in Homer, LA with chapel and graveside services to follow.

Alice was born October 20, 1926 in Homer, LA to Robert and Ola Allen. She grew up in Homer, and later married Charles Allen on December 28, 1948. They raised their daughter, Susan, and were devoted grandparents to three granddaughters. Alice was a talented homemaker that sewed wedding gowns, cooked exotic foods, and could grow most any plant. She published a microwave cookbook when it was the newest kitchen appliance on the market.

Alice made homes for herself and family in multiple states but Richardson, TX was where she and Charles eventually settled.  Alice belonged to and served as an officer in the Herb Society of America, American Association of Family & Consumer Sciences and several garden clubs. She always looked forward to meetings, their programs and the many wonderful field trips they took.

Alice was a lifelong learner. She was a professional girl scout, taught sailing to young girls and earned an American Camp Association certification. In her forties she earned a BA in Home Economics from Texas Christian University. She was always reading or taking up a new craft.

Alice was a fiercely independent woman, never afraid to try new things. After losing the love of her life in her sixties, she lived alone in Richardson, TX until her 95th birthday. She moved to Montclair Park in Shreveport to be closer to her daughter and grandchildren.

The family would like to express utmost gratitude to the staff at Montclair Park for making her feel at home, to Bridgette and Craig Olson for several years of care in Richardson, and to Walker Boggs and to the staff at Willis Knighton Pierremont Emergency for their heartfelt treatment.

As a mother and grandmother, she passed to her family her love for learning, how to care for loved ones, and the importance of independence and self care.

Memorials may be made to the Bill Harwell Scholarship Fund at https://lsusfoundation.org.

To order memorial trees or send flowers to the family in memory of Alice C. Allen, please visit our flower store.